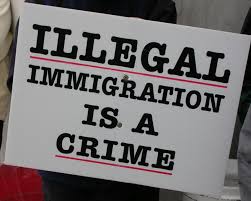 Asylum Seekers entering illegally in Australia would be banned for life

The government of Australia is about to present legislation which would provide a lifetime ban on Asylum seekers entering illegally in Australia by boat or otherwise
Australia as a nation has some of the severest laws with respect to immigration in the world. Individuals who arrive into the country without a proper visa are kept in an off-shore confinement for an indefinite period. The nation has been criticized widely for its policy. 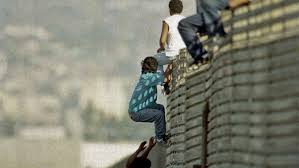 Australia is the only nation in the world which has mandated absolute detention of asylum seekers and illegal migrants. Any person who enters or is found without a valid visa in the country is liable to be locked up on the islands of Nauru and Manus. This new lifetime ban would be applicable to all the adults who are in the detention centers from July 19, 2013, and it would include those who chose to return home. However, children would be exempted.
This new law would be presented by Immigration Minister Peter Dutton when Parliament returns, The Sydney Morning Herald reports.

As per new legislation, the asylum seekers entering illegally in country would be banned for life and never granted any Visa, even on marriage basis or travel visa

The new legislation would send a strongest possible warning to people looking to convince people currently on Nauru and in Manus that the government would alter its policy and permit them for settling down in the country.
Refugees attempting to enter illegally will never be granted Visa under any other category too- No asylum even if found eligible for the same later on
The Immigration minister clarified that this new law was implemented partly for stopping pro-mass migration campaigners and activists from marrying failed asylum seekers for getting them into the country. The refugees won’t be able to return under any of the circumstances, not even as a spouse of an Australian citizen or on a tourist visa. The ban would work retroactively and would affect all the cases after July 19, 2013.

The country’s tactic with respect to immigration is totally different as compared to Europe’s, where the migrants who enter illegally are provided with an opportunity to apply for asylum in the same parlance with those who pursue through the legal routes.

Previously during the month, the strong inquiry was back on the nation’s immigration policy soon after Amnesty International released its report Island of Despair that was very critical to the current border protection policy.
The report followed a United Nation’s report which raised objections over Nauru’s treatment with respect to asylum seeker children.