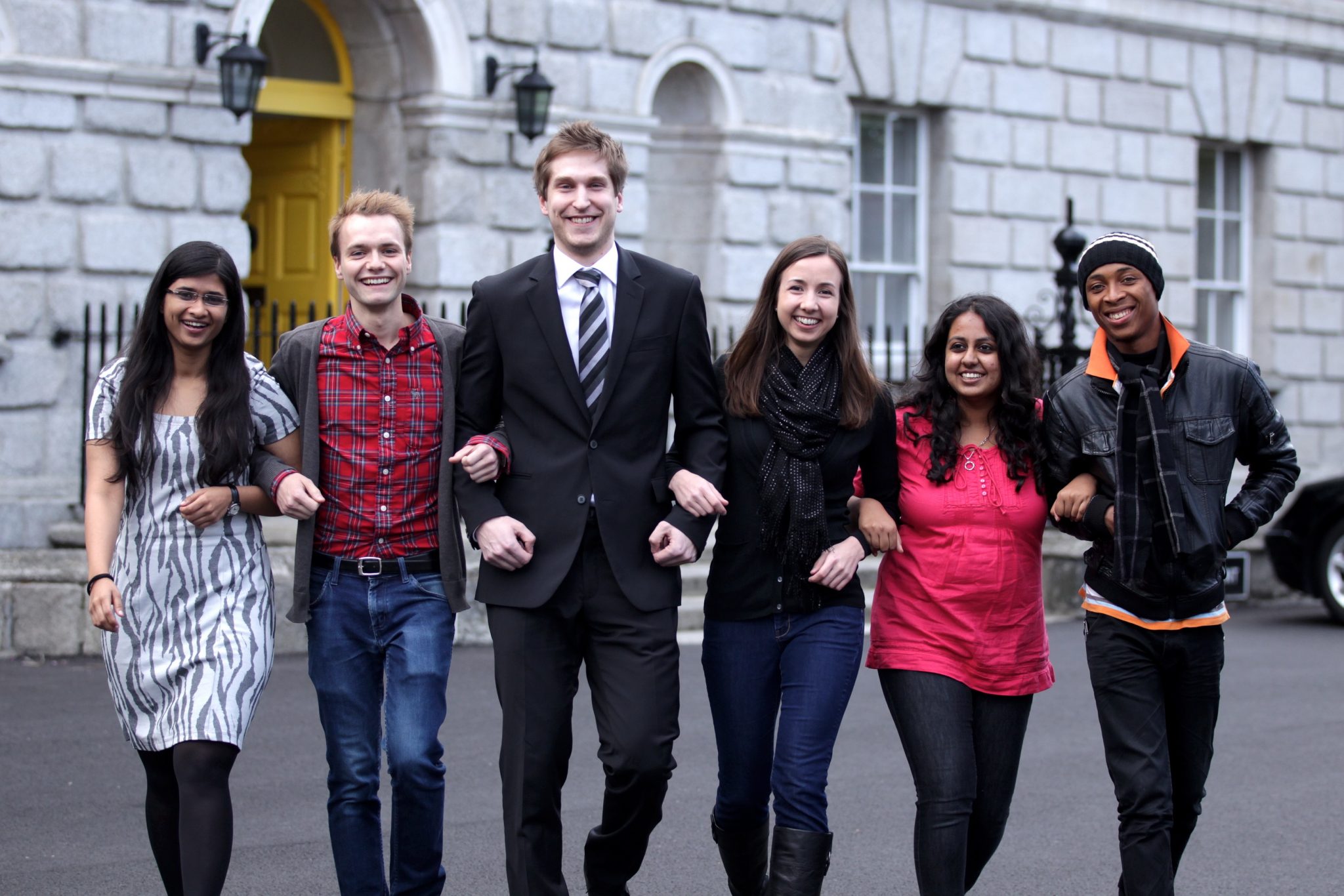 Student lawyers from around the world arrived at the Law Society of Ireland today Thursday 19th April for the opening of the Brown-Mosten International Client Consultation Competition, a four-day event to promote greater knowledge and interest among law students in the preventative law and counselling functions of law practice. Over 22 teams from around the World are taking part in the competition. Pictured during the competition were Medha Vikram from India, Philipp Gnatzy from Germany, Smu Honkanen from Finland, Audrey Johnson from USA, Megha Janakiraman from India and Azubuike Seih from Nigeria. Picture Jason Clarke Photography. No Repro Fee.

It is already hinted by a vast number of Universities in United Kingdom that they don’t want to see any reduction in the numbers of foreign students coming to study in British Universities. However, The UK government is spending £4 million on a campaign to attract the “brightest and best” overseas students to the nation’s universities and at the same time the country’s home secretary Amber Rudd’s determination to lay “tougher rules” for the overseas students who are coming to study in British Universities’ “lower quality courses” making out a great deal of contradiction.

Prime Minister of the country, Theresa May’s approach to international students and her quest of including them in the net migration figures that the government has projected to reduce to the “tens of thousands” has now turned into a hot topic for criticism with a number of reports revealing that others involved in government operations are already raising their voice against her strategy.

The conflict reflected after Rudd stated in the Conservatives’ annual conference earlier this month that a government consultation “will look at what more we can do to support the best universities and those that stick to the rules, to attract the best talent, while looking at tougher rules for students on lower quality courses”.

UK Prime Minister Theresa May and Rudd’s Statements to toughen the rules for admissions of foreign students in UK universities are not finding many takers in UK. New Policies aimed at reducing the number of students as a measure to control immigration would not work

Many potential sources have already begun to regard this as a sheer perception that unlike Canada and Australia, Britain doesn’t want foreign students to be a part of their Universities.

While a recent survey conducted by ComRes which was targeted for British Universities, held just after Rudd’s announcement of cutting down the number of foreign students in his quest to reduce the level of immigration into Britain, depicts that majority of respondents don’t see foreign students as immigrants. About 53% of the total attendees of this survey even voted in support of the policies focusing on increasing the number of foreign students in the country. Only as little as 22% people opposed this initiative.

The Chief Executive Officer of Universities UK, Nicola Dandridge said: “These findings are a clear indication that any new policies aimed at lowering net migration figures by reducing the number of overseas students will not address public concerns over immigration.”

According to Universities UK, overseas students only currently add up £10.7 billion to the economy of Britain. Meanwhile, a “secret government study” conducted by The Times indicate that roughly a minimal number of 1,500 overseas students  outbreak their visa terms by failing to leave the country after finishing their courses, contrary to the official figures which the Home Secretary’s Office has depicted “to suggest that tens of thousands of foreign students ‘vanish’ each year”.

The General Secretary of University and College Union (UCU), Sally Hunt stated: “This survey shows that common sense has prevailed amongst the British public who can clearly see the huge benefits international students bring to our universities and to the towns and cities where they live.”