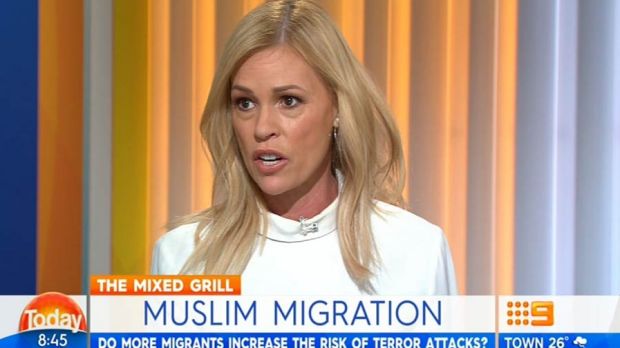 First Trump in USA and now Australia; though in Canada too similar debate has started- Should the countries which are most favorite immigration destinations continue accepting immigrants from Muslim countries?

Is it a pointer to shape of things going to come?-Initially what seemed an innocuous statement is refusing to die. Rightly or wrongly, or whether the public has actually considered all aspects or just are being guided by their initial thoughts and fears, nearly half of the Australian public has voted and supported for ban on admitting more immigrants from Muslim countries as per latest ANU poll.

A survey when conducted among random sample of 1200 Australian nationals, about 50% of the voters supported ban on Muslim immigrants coming in.

What are the factors that have made Australians to think on these lines? Is it because of events in Paris? Or the event in Australia or the earlier demand in Australia where a fringe e group asked for separate laws for Muslims or probably cumulative effect of all these events?

It may be added that even though some voters did not advocate ban on Muslims coming in, all voters were anxious about terrorism and were in favor of strict border controls. The stricter refugee intake policy of Australia, which though is being criticized elsewhere, found abundant support among voters. Some even advocated that the laws need to be made even stricter and believed that Australian policies have not been effective in taking counter terrorism measures. 67% of the voters supported Government’s control over telecommunication data and believed that in tough times such restrictions on liberties are warranted.

Only minority voters of 28% believed that the Government Policies have gone far and have curbed civil liberties. Out of the sample interviewed, women were having stronger threat perception of any having any of their family members becoming victims to any terrorist attack

One disturbing aspect of the poll was that about 40% of the voters supported that such civic restrictions should be applied only on Muslim population- if such an aspect gained more support, it would rather alienate section of own countrymen rather than helping serve the cause.

Majority voters agreed that even though such discussions were uncomfortable, regrettable, but were need of the hour in view of the threat perception.

Need of such thoughts on the attitude of nation committed towards having open attitude towards ethnic diversity, civil liberties remains to be seen.