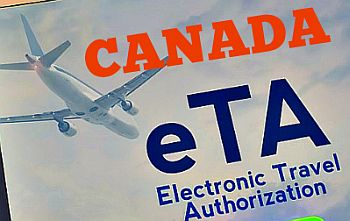 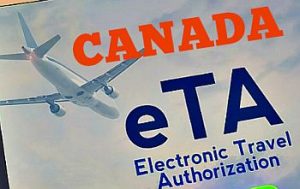 Canada eTA is a mandatory new pre-screening process for all visa-exempt visitors. The eTA process was to become implemented fully for foreign visitors to Canada from certain nations on 29th September, 2016. Canada immigration officials agreed to allow an extension to this deadline.

Requirement applicable to whom?—the requirement of an eTA is applicable to both those passing through in transit and those visiting Canada. One must check the list of visa-exempt nations to see whether one requires an eTA or not before flying.

Canada Electronic Travel Authorization—Well, eTA can be obtained by foreign visitors to Canada through an online pre-screening process. It is designed for enhancing security and safety of Canadians. Moreover, it will speed up Canada immigration process and eliminate any unwanted delays and costs. This will be by disallowing arrival of all inadmissible travellers at various Canada airports.

It may be worth notable that the eTA was introduced on 1st August, 2015. It became a compulsory travel requirement for all visa-exempt foreigners on 15th March, 2016. Before the implementation of mandatory eTA, foreigners from visa-exempt nations were not required to undergo any security screening before arrival at Canadian airport.

One has to apply for a new eTA after receiving a new passport. One has to re-pay $7.00 as processing fee. The introduction of eTA was done by Canada for harmonization of its travel security with its neighbor the US. Both the US and Canada share entry and exit details.