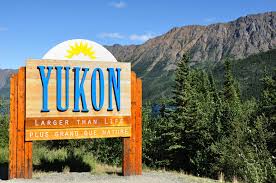 Yukon province has its own Yukon Nomination Programs criteria for immigration, which differs slightly from the policies of other provinces in Canada.

Canada is facing acute shortage of skilled labor, and it also needs people with entrepreneurial skills. Therefore, there is “express entry” corridor established in the country’s immigration policy. Provinces have the flexibility to use this particular entry and add other conditions for nominations, as needed in their respective provinces.

In Yukon, four types of nomination for immigration are possible. The various Yukon Nomination Programs are as follows:

When there are job vacancies for which the business enterprise is unable to find a suitable candidate out of talent pool made up of permanent residents or Canadian citizens, the province will allow nomination under YEE. YEE gives the business enterprise access to IRCC (Immigration, Refugees, and Citizenship) candidates within the pool of express entry of federal government

Under this scheme, the employer chooses to sponsor any of the trained personnel from a foreign country as may be needed. The restriction here is that the person should already be working in the country and his or her skills are classified as A, B, or 0 as per “National Occupational Classification.”

Employers may sponsor workers who are highly in demand in Yukon, from outside the province. For this, the worker would need a letter offering the job from the employer in Yukon.

This one is self-explanatory. Experience in business is mandatory, and the person should be capable of investing a substantial amount into strategic businesses within Yukon. Such entrepreneurs may choose to buy any of the local businesses, or even partner with any local businesses.

How Yukon nomination programs differ from that of other provinces?

In Alberta, self-employment includes farmers. Moreover, nominees would need local qualifications and local work experience to qualify.  Post-graduation “work permit” is crucial too.  In British Columbia, the focus is on experience, and health care professionals. Here too people graduating from Canadian Universities would become eligible for jobs. In case the person opts for post-graduation or higher studies, an even job offer is not necessary for nomination in British Columbia.

Assistance from Yukon Province for nomination and immigration

The province offers details on all its policies through its website and it is possible to download applications which have comprehensive information.

Yukon nomination programs have greater flexibility, and the province is open to absorbing immigrants and refugees. Such nomination is essential with a permanent job offer, and the nominee can take the family along.