Hungary has a population of around 10 million, but its per capita income is quite high as compared to its neighboring countries like Romania and Ukraine. Hungary is also a place where many countries are interested in making foreign investments. Due to these reasons Hungary has been attracting a lot of illegal migrant workers to enter the country for finding jobs.

Stepping up for fighting against the European Union migration policies Hungarian government will be holding a referendum on October 22. This poll is to decide whether to resettle refugees any quota system of European Union should be accepted or not.

However, recently keeping this in context Hungarian government is introducing some ways for attracting Ukrainian migrant workers. 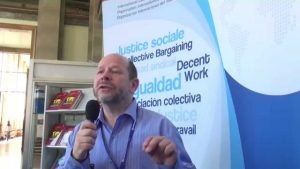 According to the reports of the local media, the Fidesz administration is planning to implement some strategies for attracting European migrants. Last week Mihaly Varga, the Minister of Economy told the conservative weekly news magazine Heti Valasz that the neighboring countries or the workers from the European Union will be used for fulfilling the labor requirements of Hungary.

Skilled workers are always required in Hungary from the neighboring countries as Hungary itself has a scarcity of labor. To meet this demand, Ukrainian migrant workers are welcomed in Hungary by meting out the benefits of state housing and giving work to the public infrastructure projects. The neighboring countries citizens are allowed to apply for these benefits under the law in contrast to the asylum seekers or refugees.

Austrian Die Presse also reported that Confederation of Employers and Industrialists of Hungary has given a proposal for inviting thousands of migrant workers.

The idea of the “guest workers” is introduced by Vagra this July which makes it clear that the migrant workers will not take the jobs of the Hungarians but will fulfill the shortage of skilled workers thus helping the country to maintain the healthy economy.

Refugees are not favored

The Hungary Prime Minister Viktor Orban also wants to revision in the European Union Lisbon Treaty that advocates the immigration policy in comparison to the community law.

On October 2, Hungary is going to have a national referendum on the relocation plan of EU. The questions of the campaign are framed as if they wish the EU to be mandate the asked resettlement of people who don’t have Hungarian citizenship in country before getting the approval from the assembly.

Viktor Orban is opposing the mandatory resettlement plan for refugees of European Commission as he thinks that the forcible relocation will be a big threat to the traditions, cultures, and religions of the country.

This campaign of Hungary government is welcoming the Ukrainian migrant workers but opposing the refugees to resettle as they are considered as a danger for countries culture and security.