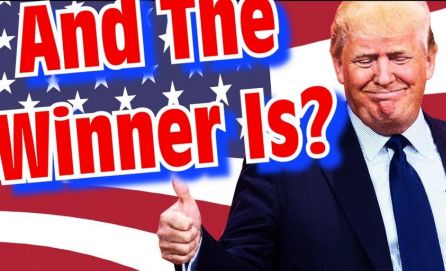 Would Trump be able to defeat Hillary despite she getting all immigrant Voters support?

While only the November 8, 2016 election results in USA would announce who is the real winner, Hillary or Trump, at present, it seems that in Immigrants awaiting Citizenship in USA are the winners at the moment, as Feds, ostensibly to increase the vote base, seem granting citizenship of immigrants left right and center.

It is learnt that mails from U.S. Citizenship and Immigration Services offices are being circulated to swear in as many citizens as possible due to election year.

It is no secret that Asian immigrants, especially the Muslims, are going to vote for Hillary, as Trump has made its anti immigrant stance in general and anti Muslim stance in no uncertain words

Trump Supporters are quick to question Hillary, “What do you call people who use foreigners to win power? The hirers of mercenaries?”

Immigrants are quick to notice this fact and make hay while Feds Shine. During April to June 2016, applications by lawful permanent residents to naturalize and become voting-eligible citizens were up 32%, as compared to similar figures for corresponding previous year period as revealed by U.S. Citizenship and Immigration Services.

Republicans are obviously worried about this as the immigrants at present, already form more than 9% of the voting power. Adding more numbers to this, would make their winning chances dimmer in many provinces.

More so, the anti immigrant statements by Trump is likely to act as motivating force for all immigrants to join and vote en-bloc in favor of Hillary.

This trend has been witnessed earlier too in 1990s. As the state passed the anti-immigrant measure Proposition 187, foreign-born Latinos outvoted U.S.-born Latinos in the state’s elections. The same is likely to repeat again at national level

States that are likely to be affected by addition in number of naturalized immigrants are California, New York and Texas, However despite the addition to their numbers, chances of Republican party are brighter here due to high number of native, (Read, white) votes.

The states where the newly naturalized voters may make difference are Florida, Nevada, Virginia, and Arizona and the voting power of naturalized immigrants could tip the tallies.