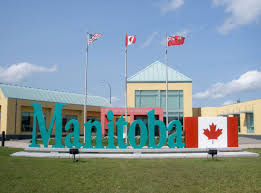 Yesterday, we covered a story describing how a non-descript town in Manitoba has been able to attract immigrants and how the local administration has helped them get suitable jobs or set up industries. The place has lowest immigrant-return-rate in Canada

If you have missed it, read it here http://www.canadaupdates.com/2016/09/14/settling-relatively-smaller-cities-canada-easier-immigrants-pembina-valley-canada-shows-way/

Furthering its emphasis to attract immigrants, The Manitoba Province of Canada is planning to organize a program in Gujarat state of India to educate immigrants on how they would be welcomed in Manitoba and get all help to settle in Manitoba. It is worth noting that Manitoba has chosen Gujarat state of India to sell its programs- Gujarat is state in India known for its entrepreneurship and high industrialization rate. This may not be without any reason- More per capita Gujaratis are in business than in any other state in India.

RMP or Ready for Manitoba, as the program is called would be assisting immigrants from India or neighboring Asian countries as China or Philippines who are meeting Canadian Immigration requirements and focusing on to educate, why Manitoba would be best destination for them. The program will provide services such as information and orientation, employment-related services, and community supports to help immigrants before they arrive to start their new lives in Manitoba. The program is being coordinated by CIC and will be delivered by Extended Education at the University of Manitoba.

The participants in the program can have in person discussions as well as through virtual online discussions, webinars etc where their concerns would be addressed and queries answered. The program is expected to address newcomers’ needs for early and occupation-specific career guidance, employment advice, educational planning, and community awareness.

The RMP will allow participants to learn about resources that will help them make their transition to Canada easier and acquire skills necessary for fully functioning and participating in Canadian society.