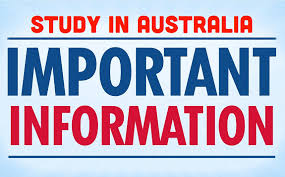 Studying and setting up industry would help settle faster in Australia

Australia too has adopted the policy of facilitating immigration to Australia for those having completed higher education from Australia.

It has widely been accepted fact that having education locally helps settle immigrants faster in the country and hence on the lines of Canada, Australia too will now give five additional points to students of Australian institutions in its the Skilled Migration Program, Australia

Effective 10th September 2016, students with doctorate-level and masters by research qualifications in science, technology, engineering, mathematics and information and communication technology fields would be eligible for additional points while calculating eligibility for immigration.

The change is a part of the visa changes being brought under the National Innovation and Science Agenda in order to attract the “best and the brightest” skilled people to Australia. Under the same program, Australia is now accepting applications for the new Entrepreneur visa program.

Seting up Industry will facilitate them Australian Citizenship-Under this new entrepreneurship Visa scheme, applicants would require to invest $200,000 AUD from specified parties to set up industry in any innovative area. This would in turn help them get permanent residency in Australia.

Requisite for eligibility for Entrepreneur visa are:

To get requisite capital, applicants would also be eligible to get funding from any of from combination of Commonwealth agencies, state, and territory government, publically funded research organizations, venture capitalists.