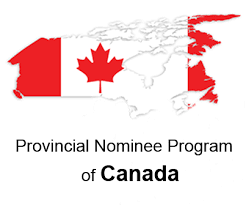 Canadian Provinces were all enrolled in the Provincial Nominee Program (PNP) except Quebec Province, as it has its own PNP program and system for selecting the immigrants for its region. Immigration Citizenship Refugee Canada has the authority for permitting the immigrants to choose their permanent residents for their own provinces.

Saskatchewan, Manitoba and British Columbia were all active to welcome new immigrants to their province since the couple of weeks and as of now from August, there were nearly 2000 new immigrants were invited or submitted their application to these provinces.

Benefits of the Provincial Nominee Program

For applying as immigrant to the provincial nominal program (PNP), you have various benefits as an applicant,

Saskatchewan province doesn’t seek the applicant for the job requirement. You can apply for the province immigration without any job requirement. In the SINP official site, it is stated that, there were maximum applicants accepted in 2016, so as of now only the sub-category based openings will be re-opened.

Provincial Nominee Program has high demand for getting permanent resident as Canadian, and is very active. Of the applicants, they issue the acceptance based on the Express Entry too and sometimes, it doesn’t even consider express entry if, the applicants have reached above the limit.