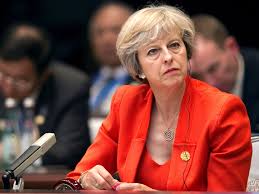 Theresa May seems to be having second thoughts on introducing Australian style immigration system, one of the high profile promises at time of Brexit. In a recent press conference, she admitted that it was not a “fabulous idea”.

In fact, it was very clear from beginning that Australian type point based system will not work in United Kingdom. The promise was made at time of Brexit as that the popular perception goes that Austrailian system is far more tougher than Britain’s system. However in reality it is not so, as the Australian system is tough only for refuges, who are shipped off either to detention centers or their parent country.

Reasons are not difficult to guess. While Britain is relatively a smaller and thickly populated country, Australia is much larger country and sparsely populated. It needs more than double the immigrants as compared to Britain

As such, Australia has much larger requirement of immigrants to help develop its land mass. Australian immigration point system allows applicants to apply for immigration even before getting a job offer. The applicants can come to Australia and search for job after landing

Another point is that Britain has already much tougher point systems which virtually makes it very difficult for an applicant outside of European Union to immigrate to Britain. The system implemented by Labor Government in 2008 had won it many accolades.

Further, the businesses needing immigrants have feeling that Pont based system is very bureaucratic and not designed to understand their requirements. It does not really go into what skills the business would need but artificially creates capping on types of categories and number of visas.