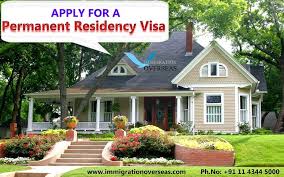 Immigration to Canada thru Quebec has been favorite Option

Provincial nomination program to Quebec has been one of the widely abused program by immigrants to Canada.

Problems in Settling in Quebec: Only problem was that Immigrants had to stay n Quebec Province for upto 4 years. Quebec is Canadian Province where Majority use French as their main language for communication and the province is relatively hostile to English speaking populace. Even otherwise, the cultural difference in Quebec as compared to rest of Canada is also big deterrent for immigrants from Asian countries

Immigration aspirants started landing at Quebec and started exploring methodology to move to other provinces as Ontario, British Columbia or Alberta and the enterprising advocates were quick to encash this trend. Using a loophole that forcing someone to stay at a particular province was against the tenants of basic freedom as enshrined in Canadian Constitution, they helped immigrants to move out from Quebec.

How Immigrants to Quebec were Quick to misused this stream- Even otherwise, the immigrants bought property in other provinces and got their children admitted to schools in such other provinces.

With Quebec waking up with reality – how its investment-immigration Program has been misused, would potential immigrants through this route be able to exploit this route any more?

With Quebec finally waking upto the reality, this will not be possible any more. It has initiated its efforts to crack down on wealthy immigrants who have very conveniently used this route to settle in other Canadian provinces. Now Quebec has tightened its criteria and review process, refusing entry to applicants showing signs of wanting to reside in another part of the country.