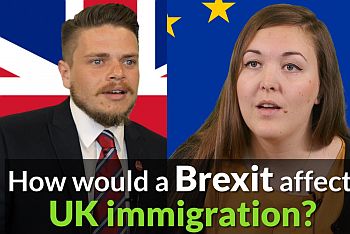 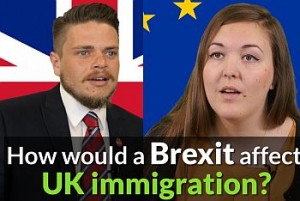 And the number of Britons having a positive opinion about immigration is just 35 percent. So, in such a scenario, the fate of EU(European Union) citizens living in the UK hangs in uncertainty.

“Britain must adopt a points system for all immigrants. “

Both these nations now offer points to immigrants on the basis of education, work experience and English/French proficiency. Aim of these nations is, undoubtedly, to attract and retain the best and the brightest talent.

Britain must take the example of Canada and Australia. This means Britain must limit the inflow of immigrants. However, it must not deny entry to skilled and unskilled immigrants needed by the UK economy.

Points based immigration systems have worked quite well for Australia and Canada. These two nations are successfully welcoming increased number of qualified foreigners.

Due to these reasons, the UK has been experiencing increased immigration levels for the past decade or so.

The figures from the UK Office of National Statistics show that over the last four years, there has been a significant increase in immigration levels. The UK immigration went up from 200,000 to 333,000.