Yes, this is due to the fact that farmers and meat processors are warning of severe labor shortages. 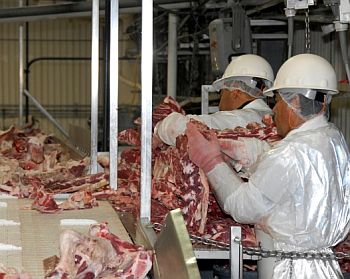 Canada employers are finding it difficult in getting workers although the jobless rate is 7.1 percent. The fact is that majority of Canadians don’t like doing jobs involving manual labor and living in rural regions.

From 1st July(if new rules are introduced), an employer’s workforce would comprises just 10 percent of low-skilled foreign workers. This means a decline from 30 percent in 2014 and 20 percent currently.

Proposals for fixing the TFW(Temporary Foreign Worker) program–There is a recommendation for having a dedicate program that can help the industry in providing a consistent access to foreign agriculture workers.

Canada employment minister Mihychuk has maintained that she will ask a parliamentary committee to provide proposals for fixing the TFW program. Under current rules, the annual cap on maximum percentage of temporary foreign workers goes down to 10 percent coming July.

Since the overhaul of Canada TFW program, western Canadian packers and processors have witnessed a marginal increase in applicants for jobs. As per the CMC director of international trade, Ron Davidson, the number of former oil-patch workers ready to become butchers is quite less. Those who are ready wish to move back to the oil sector at the first instance, he added.

It may be worth mentioned that Canada’s meat processing sector happens to be largest component of Canada food processing sector. It constantly hires new immigrants, refugees, youth and First Nations among the unemployed. The preference is given to hire workers from within Canada.

A packer or a processor needs to provide the government a LMIA(Labor Market Impact Assessment) for recruitment of a foreign worker. An LMIA means sufficient efforts have been made to hire Canadians(who are either unavailable or not ready to move to rural communities for working in meat industry).