United States, 11th April: US authorities have arrested 21 people in concern with a US visa scam through a fake university trap. 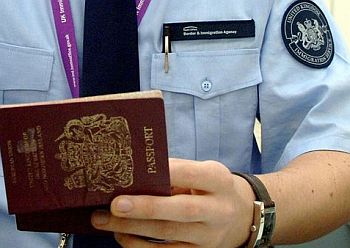 The US government had set up a fake college named the University of Northern New Jersey to trap and nab 21 people. These people were found to be conspiring to help nearly 1,000 foreigners fraudulently get or keep US student or US work visas.

This was going on for the last two and a half years.

US Fake university set up to catch immigration fraud—To get at those involved in an immigration scam worth $1m, the US government set up a fake college. It was named as the University of Northern New Jersey. It aimed to arrest 21 people for conspiring to help 1,000 foreigners get or keep US student/US work visas through unlawful manner.

<blockquote> The US government set up a fake college to nab those involved in US immigration fraud. </blockquote>

As per the details, all such foreign students participated in the scheme willfully from the beginning. This was revealed by an official spokesman for US attorney office, New Jersey, Will Skaggs.

The fake University of Northern New Jersey was created nearly two years ago by the federal agents. It arrested 21 people acting as middlemen. They operated from coast to coast. They ran ‘pay to stay’ firms used by foreign students to stay in the US beyond their legal study period.

They are to face charges including conspiracy for a visa fraud and harbor foreigners for profit. Among those arrested included brokers who were involved in recruiting foreign students.

Such foreign students were mainly from China and India and they willfully signed for a fake university in the US, the officials reveals. However, they were not aware of the fact that the fake university was invented by the federal officials for exposing the fraud.

Some students used visas through the fake scheme to get jobs at renowned firms(such as Apple, Morgan Stanley, Facebook etc.). Many others joined the US army, the report reveals.