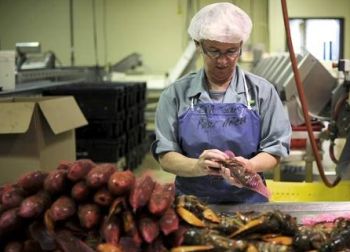 <blockquote> Canada has lifted restrictions on the number of temporary foreign workers to be hired by seasonal employers this year. </blockquote>

An exemption to Canada temporary seasonal workers hiring by seasonal employers has been introduced bringing down the cap on employer’s workforce to 10 percent from the earlier 20 percent. The new rules shall become effective 1st July, 2016.

Exemption for seasonal industries employing for a maximum of 180 days—As per the details, the new rules for temporary foreign workers to be hired by seasonal employers is for seasonal industries hiring workers for a maximum of 180 days. But, it needs to be worth mentioned that employers shall have to clear the labor market assessment for every position or job to make sure that it cannot be filled by hiring local Canadian.

However, it needs to be notable that there is no annual limit on the number of foreign worker to be brought into Canada under this program this year.

A one-time extension was provided in the month of February this year for enabling such businesses fulfill their workforce requirements, the minister added. And now, the issue is being addressed fully.

Other sectors want exemptions too--Meanwhile, several other industries including Restaurants Canada are asking for the reason why exemptions were granted to only some industries.

Beekeepers, mushroom growers and meat processors are not qualified under the current changes approved by Ottawa.