Canada, 3rd December: Canada Parent and Grandparent Program is all set to reopen from 4th January, 2016.

This has been revealed by Canada immigration department –Citizenship and Immigration Canada(CIC). 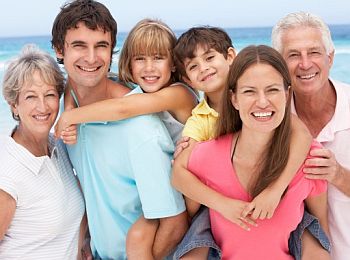 Canada Parent And Grandparent Program to reopen in January—Come 4th January, 2016 and Canada Parent and Grandparent Immigration program will be reopened once again. Yes, that’s great news for many awaiting to bring their parents or grandparents to Canada.

<blockquote> Canada Parent and Grandparent Immigration program is all set to be opened from 4th January, 2016. </blockquote>

As per the details, an undisclosed number of applications shall be accepted by Canada immigration department for Canada PGP(Parent and Grandparent Program).

However, it needs to be notable that sponsors and sponsored persons must start preparing early to secure their chances of a successful application submission.

Conditions for sponsor in Canada—

A sponsorship agreement must be signed by the sponsor and the sponsor relative committing to the sponsor for providing financial support for the relative being sponsored, if required.

The agreement includes that the person gaining Canada permanent residency shall ensure to support himself or herself.

In case of Quebec resident, an undertaking must be signed with Quebec for binding the sponsorship.

Canada Super visa—This is yet another option available for bringing your foreign parents or grandparents to Canada. Parents and grandparents of Canada permanent residents or Canada citizens can come and live in Canada as long term visitors on multiple entry 10 year visitor visas.