New Scotland or Nova Scotia, the maritime province of Canada will now fast track 300 skilled immigrants from the qualified list of express entry scheme .this step has been sanctioned by Ottawa on the request of the premier and immigration minister of Nova Scotia to add additional skilled nominees to the workforce of the Canadian province.

With this announcement a total of 1350 immigration would be granted to Nova Scotia, under the Canadian visa. This count is almost double of 700; the number of immigrations in the previous year. The aim is to gather highly skilled workers from around the globe and providing them jobs in various fields ranging from the Canada health center to jobs at Canadian embassy, thereby increasing the productivity, efficiency and quality of work. A more detailed sketch of the new rule could be obtained from an immigration lawyer.

Experts are still pondering over the new news of increased count of immigration nominees and have termed this behavior of the state as “unusual” citing the fact that there has never been increase in the allocation right in the middle of a financial year. However, it should also be noted that before this move also Nova Scotia was the first province of Canada to have two new express entry streams. 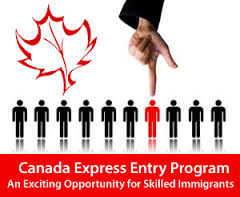 Along with the offer of increase in nominees another offer presented by Nova Scotia before the federal government was to accept more Syrian refugees in order to rehabilitate them , and garner their abilities to increase productivity of the province. However, the response from Ottawa is still pending on this account. Meanwhile, rounds of meetings organized by the federal immigration office of Canada with Nova Scotia’s private refugee sponsorship agreement holders and other key stakeholders have been done in this regard.

This increase in the allocation is a golden opportunity for the one who is interested to immigrate to Canada but before doing any proceedings in this regard it is advised to contact an immigration lawyer.