The US is hailed for it top rated universities ever since it stepped foot in the education sector. Students from all over the world try their level best to get into them, but the recent years have shown decline of interest of the native students for admission in universities of their country. A recent statistics for countries opted by US students for higher studies show the following results:

The share of Canada being second on the list is an indication of how well the US citizens are doing in Canada. The fleeing of US students from their native is a result of rise in the cost of colleges in the US which is averaged to be $31,231 and Canada is one of the favorable for them for its average tuition fees being $15,380. It is for this reason that the US citizens are constantly on search of similar rating institutes outside their country and in Canada they get it for nearly half the price. 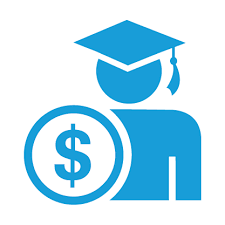 A deeper analysis of Canada reveal that it had 7,000 plus students in 2011-12 and a lot of them with sanctioned work permit for working while studying Canada. The quality of education here in terms of quality has state of the art standards and the work permit allows the foreign students to have a variety of jobs in Canada ranging from jobs at the Canada health center to jobs at the Canadian embassy.

Also Canadian government is quite keen on the intake of fresh skilled migrants to Canada, for while it has rolled down various immigration programs both provincial and federal. It also, gives extra points to immigration applicants if they have been an ex-student of a Canadian university, hence facilitating their stay in Canada. A US student on a Canadian visa if acquires immigration to Canada successfully then he is deemed to have all facilities offered by the Canadian government to its citizens under the social insurance number (SIN).

Moreover, The US federal students could be facilitated with financial aid, for studying in countries other than the USA under the USA student loan program. In fact, a large number of overseas educational institutions are a member of the US student loan program which facilitates federal aid to the students who fill out the free application for study loan abroad.

On a whole, increasing tuition fees has bound American national to opt for studies abroad, despite the fact that the foreign nation might not be a suitable habitat for them in terms of culture, language, climate and all, but with soaring prices they are left with no other option.