Malaysia, 22nd August: Malaysia has announced new rules requiring all applications for foreign workers to be made online

Yes, this has been announced by Malaysia Deputy Prime Minister Ahmad Zahid Hamidi. 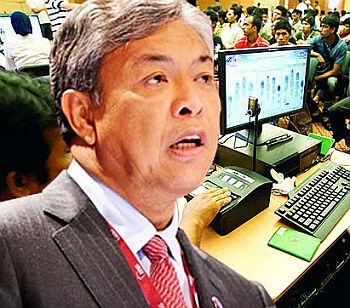 <blockquote> Only online applications will be accepted from employers wanting to hire foreign workers in Malaysia as per the new rules. </blockquote>

The new online management process for foreign workers shall be introduced soon for reducing the processing time for allowing such workers to come to Malaysia. This was stated by Deputy PM.

The single-window synchronization process was aimed to remove any overlapping and cross communication between the ministries, Malaysia Deputy PM stated.

Earlier, it used to be through agents, either through the immigration department or Human Resources Ministry or the foreign worker department in the Home Ministry, he maintained.

Hence, there used to be more bottlenecks. So, the best solution is to introduce the online application process.

The new website shall be manner by the Home Ministry and Human Resources Ministry. This new website will be for employers wanting to hire foreign workers including domestic maids. The website shall be up and running in the shortest possible time although the exact time was not revealed by the minister.

The capital of the companies, their contracts in hand and the volume of order shall be taken into consideration by the district officials from the Home Ministry and the Human Resources Ministry while considering the applications of other foreign workers.

Meanwhile, the firms or the employers shall have to prove that they could not find locals for the same jobs.