Quebec, Canada’s second most populous province has its own immigration work permit program commonly known as skilled worker immigration. A person wanting immigration to Quebec, is ought to undergo the above two-step immigration process, each step has a minimum cut-off score. Fresh applications for the program -2015 have been invited for the entry of 6300 skilled worker. The last date of application for the financial year 2015-16 being October 1, 2015, people interested for employment in Canada should take note of necessary requirements for the applications.

There are a total of 75 fields in which the applicant can qualify Quebec Certificate of Selection (CSQ), without a job offer.  The certificate is awarded on point basis in a number of fields relating to the person .These areas include area of training, education, experience, age, language, qualifications of a partner or spouse, offer of employment, and children. The most exciting part is that Quebec has declared for lower cut –off marks for the FY 2015-16. 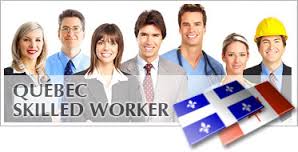 It is only the Quebec immigration department amongst all departments providing Canadian immigration which takes in to consideration the proven qualification of the applicants. An immigration lawyer is the best person to meet for clarification over the terms and conditions of skilled worker immigration, if someone has intention for opting Canadian Jobs. The Quebec Certificate of selection can be marked as the basic step for acquiring the Canadian permanent residence. After attaining Quebec Certificate of Selection (CSQ), the person can apply for Canadian Visa. Once a person is deemed as Canadian citizen, he is eligible to work in Canada. He is also eligible for the rights and freedoms offered to a Canadian citizen by the government.

In recent years, Quebec has grown its popularity as the one of the most sought after places for immigration. For professionals, it is seen as the most convenient way to reach Canada as its citizen, after which they can enter  into employment of their choice , be it Canada health care , telecom, textile etc. Quebec immigration program has 20% more immigration level as compared to other provinces of Canada. Owing to its definite structure, it provides a greater number of qualified specialists immigrating to Canada. The City of Montreal has been judged by the Economic times, as the second best place to live in the world. This recognition has definitely lead to more and more people contacting the Canadian embassy in their state for possible ways to get a living there.

All above indicators points to the conclusion that , Quebec’s quota of 6300 immigration seats are likely to be filled very soon. However, it should be noted that for people already having job offers in Quebec, foreign students of Quebec colleges, experienced professional may need not appear for skilled labor program, they can qualify under Quebec Experience Class.

All the very best to appearing aspirants!!!