United Kingdom, 25th June: Foreign students who are denied university place due to their UK immigration status must get loans.

The Supreme Court is yet to hear the case over the UK immigration changes making foreign students having limited leave to stay in the UK as not eligible for getting student loan. 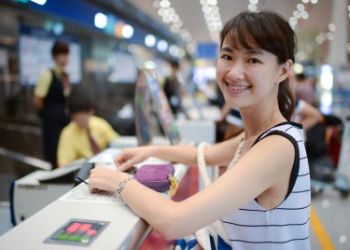 Foreign students not given university place must get student loan—Foreign students applying for financial loan need to be aware of the restriction. They need to know that as a foreign student, they can get charged £26,000 annually.

<blockquote> Foreign students in the UK wanting need to be offered student loans if they are denied university place due to their UK immigration status. </blockquote>

The Supreme Court is being briefed that by offering loans to foreigners not allotted university place due to their immigration status will be a big benefit to the whole society.

Each year, a large number of foreign students don’t get enrolled in the university due to the restrictions announced on student loan eligibility. This leads to such students being compelled to live poorer lives.

It has been maintained by Helen Mountfield QC that foreigners who are settled in the UK but not able to get enrolled in the university are a waste of their potential.

What are the guidelines?—Well, as per the guidelines given by the Department of Business, Innovation and Skills, student loan is not entitled to those who have been granted limited or discretionary leave to stay in the UK.

A borrowing of £9,000 annually is available to those having indefinite leave or UK citizenship to live in the UK.

Many foreigners who came to the UK as youngsters and have already studied in primary and secondary schools in the UK find that they are unable to pay university fees in the UK for pursuing university education.

This ruling is affecting around 2,400 pupils annually. Even when such students do get an enrollment offer from any UK university, they are charged very high tuition fee for foreign students(this could be a maximum of £26,000 annually).

University loans are available only to ordinarily resident of the UK or those who are deemed to have been settled in the UK.

The fact worth notable in this regard is that majority of students not entitled to student loans are not aware of this limitation. They get to know at the time of applying for university enrollment. Hence, something needs to be done to help students for the betterment of the economy.