Working in foreign countries is a dream for many. Especially with technological developments, the opportunities only seem to be hiking. Many websites and other sources consist of several portals, displaying vacancies for jobs in and around the world. But, the question here is, if all of them are true ones.

Getting legally hired from an employer in a foreign country, will involve a lot of procedures to be followed, and it may cost a certain price and effort too. Also, legal employees are entitled to be paid and treated according to the rules and regulations of the country. In order to avoid such things, there are several employers who resort to the practice of unlawfully hiring illegal immigrants from other countries. 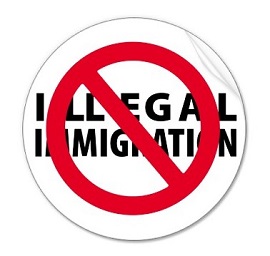 For any individual to work in the United States, he/she will have to pass the employee eligibility requirements. Also, a U.S employer must give preference for employment first to a U.S citizen. Any employer and employee who do not adhere to the rules of the country are termed as unlawful employer and illegal immigrant.

The punishment for breaking law could go from paying a fat sum of penalty, to imprisonment. The U.S Immigration and Customs Enforcement often conducts raid on several employers, pulling out numerous employers with illegal immigrants. The year 2009 has been accounted for capturing most number of unlawful employers who had been supporting illegal immigrants.

The ICE scrutinises most of the employers, ensuring their adherence to the law. In spite of severe scrutiny, there are yet more number of such illegal cases, in the recent times. Wondering how? Jessica Vaughan, Policy Director at Centre for Immigration Studies, wrote that ever since Obama’s government came into action, the ICE team’s depth of scrutiny has been witnessing downfall, making it lighter and easier for employers to let in illegal immigrants.

It is being said that in the current five months of the fiscal year 2015, an extremely less number of employers were only being raided, and the number of such employers arrested were very less too. In most cases, the employers are asked to pay fine, and that amount makes huge revenue to the ICE. But with reduced scrutiny, it is being found that the amount collected as fine, has drastically reduced, due to the light attitude and ignorance of the ICE.