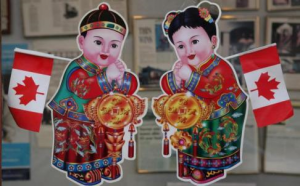 It was in the 1980s that Canada first introduced their Invest and Immigrate policy. It seemed a great idea as wealth was slowly shifting from the western white society to the eastern browns and the yellows. What better way to bring them back!

But according to a recent revelation under the Access to Information Act of some internal documents, the authorities had written off the first policy as a failure as it encouraged lot of fraud and many ‘investors’ ended up losing their money.

This prompted Canada to come out with a revised policy which was designed to cut out the frauds. In this policy the CIC allowed anyone with a net worth of $1.6 million to get a residency visa. They were required to loan $800,000 to the government interest free. But after implementation it came to be known that Canada was not making enough revenue under it. A few years down the line the government had to scrap this revised policy too. It left many ‘investors’ very angry with the government as many lost their money or did not get what they had hoped for after investing huge amounts.

Many had come into Canada using the Quebec way. Quebec has a more relaxed visa policy and so it is easier to get in there than in other provinces in Canada. Hence people file their papers through Quebec and some are even able to settle elsewhere in Canada without even setting their foot in Quebec.

The second policy had become very popular among the Chinese who had suddenly become rich because of their product exports. The Canadian consulate in China was flooded by applications. The government was unable to process all of them and soon they were faced with backlogs of upto 80,000 applications (80% of which was filed in Hong Kong itself).

The government had to put an end to this policy and said that the backlogged files would not be processed. This created panic among the thousands of applicants and being rich, many of them chose to file a case against the government authorities. They argued that since they had submitted the applications, the government was obliged to process them and not do away with them.

In a judgment that broke many hearts, the Federal Judge remarked that “There is no absolute right to the issuance of a visa following the mere fact of having made an application”. This would practically kill all immigration hopes of those who had applied and they were back to square one on this issue.

In their third and latest form of the Invest and Immigrate policy called the Immigrant Investor Venture Capital (IIVC), an investor is required to make a $2million investment for 15 years to the government funds. The investment is a non-guarantee investment, but the government promises to invest it on innovative Canada based start-ups with growth potential.

The government plans to choose 60 high net worth individuals from a pool of 500 odd applications in the first year. They expect this to greatly help the Canadian economy, but there seems to be another hiccup – their new criteria.

In the present version, an Investor is not only required to invest a sizeable sum for as long as 15years without any guarantee of return, they are also expected to be proficient in one of the official Canadian languages – French or English. Not only that, they also need to have a post-secondary equivalent certificate from a designated institute.

As if these were not hurdles enough, the new policy also stresses that they investor proves that at least $10 million of the declared amount was made in a legal way through business activities. Hereditary wealth is not thus considered.

These new conditions have driven down enthusiasm among people to opt for this new policy as the highest percentage of applications for residency under this policy was from the rich Chinese. They are not keen on learning the new language, especially the French.

So inspite of all the hype and expectations for the new policy, this new Investment for Immigration policy of the Canadian government is proving to be yet another failure.