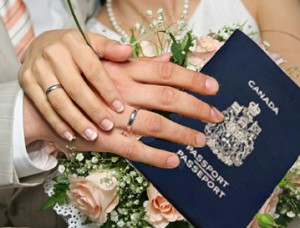 When the Canadian government was intimated that thousands of families were struggling to live because they don’t have proper health coverage and their spouse cannot work as their visa processing takes time, they came out with a policy that would allow spouses of Canadians to work while their visa is under process. This will not only help the families live better lives, but also greatly contribute to the Canadian economy.

Introducing a one year pilot program in December 2014, Immigration Minister Chris Alexander said, “As we promised, Citizenship and Immigration Canada is launching a pilot program that will allow spouses being sponsored under the Inland Spousal Sponsorship program to receive their work permits much sooner while we process their applications”.

There are two categories by which applications are processed for sponsored spouses:

There are two stages of processing for an Inland sponsorship. In the first stage of the immigration the authorities assess the sponsorship abilities of the Canadian applicant. In the second stage the spouse’s admissibility into Canada is assessed.

Once the application is approved the spouse can apply for an Open Work Permit. This permit allows the person to work under any employer in Canada, or even be self-employed, till their permanent residency status is approved.

The sponsor who is applying for a work permit for his or her spouse should be eligible to work in Canada for atleast 6 months, meeting a minimum skill level and doing a job that is listed in the National Occupational Classification’s 0, A or B Skill Levels. Or, the sponsor should be working in Canada in one of the jobs listed in the eligible occupations list of provinces that follow the same policies.

In the Outland sponsorship category an Open Work Permit is not granted in the first of its two stages which is similar to that of the Inland category. The spouse, who in this category resides outside Canada, is only eligible to apply for a Temporary Work Permit subject to eligibility.

Normally, a Canadian employer has to give a job offer to an individual who can then apply for the work permit. The employer has to first receive a positive rating from the Labor Market Opinion (LMO) before he is able to offer any position. An individual could also qualify for a work permit that is LMO-exempt depending on various factors like age, nationality and profession. In some cases a medical examination is also required.

The slight catch in this situation is that a Temporary Work Permit is given expecting the worker to leave the country once the permit expires. If the authorities feel that this application is an attempt to settle down in Canada then they would reject the application. But now a “Dual Intent” option is available in which an applicant who is applying for a Temporary Work Visa is acknowledging that a permanent residency visa application is also under process. This would ensure that even if the work permit is rejected, it wont affect their PR visa application.