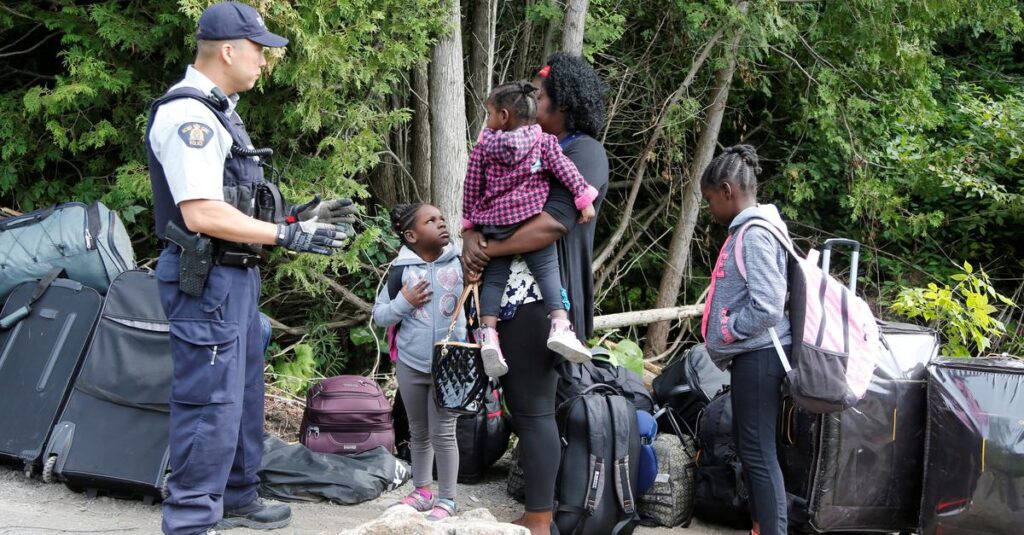 Crossing Canada illegally can put you in big trouble. Of course, you might have your reasons for not following proper government channels to immigrate. Fear of the officials or a criminal past can be a few reasons for doing so. However, the serious consequences of getting inside the country dumping the legal rules can put you in a bigger problem when it is time for obtaining legal citizenship.

Deportation and Inadmissibility are the two consequences that you face for entering the borders of Canada without fulfilling legal formalities.

If the authorities find out that you have entered illegally they may deport you to back to your country. As compared to the US, Canada has very little illegal immigrants. But it does have a large population of legal immigrants. That is why as an illegal it is not going to be easy to continue living on the Canadian land. Even in the case, you manage to continue living in this way, ultimately such immigrants are stripped of their visas. There have been instances when the authorities have deported illegal immigrants irrespective of the fact whether they have a good employment record or have settled well with the local community.

Once the immigrant authorities discover that you are an illegal immigrant, you won’t be able to apply for Canadian citizenship. The officials may deport you to your country through Departure Order, Exclusion Order, and Deportation Order. In all the three cases you have to apply for an ARC. And when you do it, it should include a written explanation telling the authorities as to why you failed to follow the law of Canadian immigration earlier. Since you are guilty of crossing Canada illegally the chances of getting an ARC are very low. At the same time, if the authorities deport you then your chances of re-entering the country legally are almost impossible.

How do Things stand For Asylum Seekers?

Around 28,000 asylum seekers entered the borders of the country illegally in 2018. A decision on such applications takes a minimum of 19 months. Unfortunately, more often the applications are rejected. The US President Trump’s decision to stop Temporary Protected Status (TPS) for citizens of El Salvador, Nicaragua, Haiti, Honduras, Nepal, and Sudan have led many trying to move to the North of Canada. Sadly, the Federal government does not accept applications of those with asylum status in another country. Similarly, those crossing Canada illegally are turned away by the authorities at the border points.

The one thing that is in favor of those wishing to immigrate to Canada is that the country has a very low birthrate. Moreover, it also is facing shortage of manpower in many fields. That is why the country has come up with several immigration programs to draw immigrants to Canada. Instead of crossing Canada illegally those interested can apply through these various programs. These include Express Entry, Provincial Investor Program, Provincial Nominee Program, Startup Visa Program, Study Permits, Skilled Trades Program, Agri-Food Immigration Pilot, and Rural and Northern Immigration Pilot.