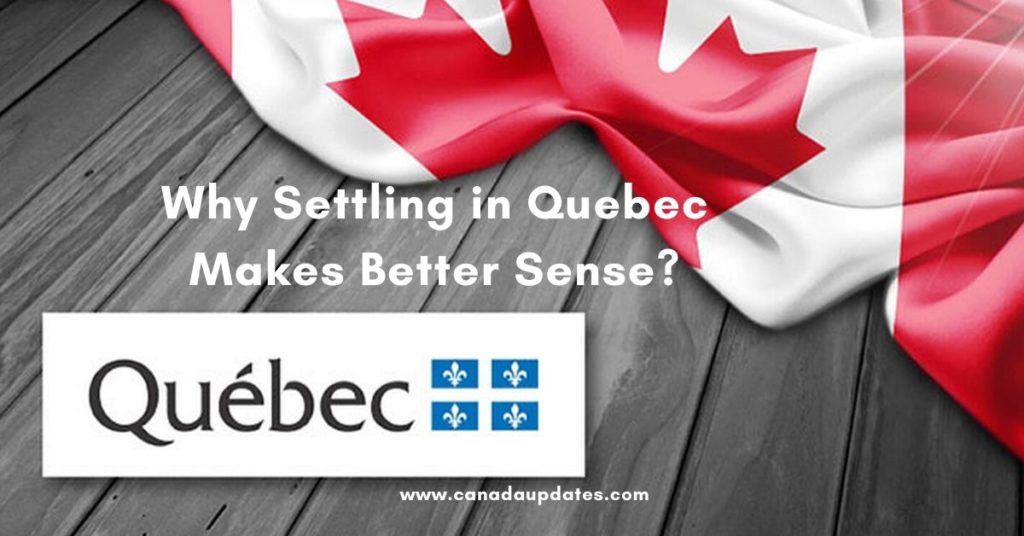 Quebec is a multicultural province and is one of the best places in the world to move and settle. It provides a better life for people by providing all the benefits like better employment, medical support and best education system.

For immigrants, migrating to Canada and settling in Quebec province makes a better sense. Let’s understand why?

In the past three months, Quebec employment levels have risen, and in February, about 66,000 people in the province have earned jobs.

As a result of these changes, the unemployment rate of Quebec was exceptionally small at 4.5% last month. It is the lowest since equivalent statistics were collected from Statistics Canada in 1976.

Many of the jobs were done for young people between 15 and 24 years old. For that age group, the unemployment rate decreased to 6.8%, also the lowest since 1976.

Statistics Canada describes the unemployment rate as a proportion of the population of the working people over the age of 15. The average for a demographic group is the number of people working in that category, for example, young people aged 15-24 years.

Discussions in 30 Seconds hide
1 Benefits of Fewer Unemployment Rates in the Quebec Province
2 Opportunity Rates in Other Canadian Provinces
3 Economy’s View on Opportunities
4 Why Settling in Quebec Makes Sense?
4.1 Culture of the Quebec
4.2 Known for its Beauty
4.3 Investor Program for Immigrants
4.4 Good Standard of Living
5 Migrating to Quebec
5.1 About Post Author
5.1.1 Shobha Vats

Benefits of Fewer Unemployment Rates in the Quebec Province

Marco Mendicino projected that about 80 per cent of Canada’s rise in population would be the product of immigration, hitting 100 per cent by the 2030s, in his first major speech as Canadian Immigration Minister. Many of these are immigrants of the business community, that is, foreigners coming to work in Canada.

Opportunity Rates in Other Canadian Provinces

In Alberta, Nova Scotia and Manitoba, there have been rises in jobs as well. There was little improvement in the rest of the world.

While Manitoba’sManitoba’s unemployment rate was almost 5% unchanged, about 3,200 more people in February were working. Since December, Manitoba has seen a rise in jobs. Jobs in this Canadian Prairie province have risen 1.5% since last year.

The job rate in New Brunswick remained the same last month and fell to 6.9%.

Prince Edward Island (PEI) had a modest rise in jobs and a higher unemployment rate of 0.5 to 8%.

Around January and February, Newfoundland and Labrador remained mostly unchanged. Jobs and unemployment have marginally risen. Currently, the rate of joblessness is 12%.

Nevertheless, in Saskatchewan, the job rate marginally improved to 6.2 per cent.

In the past few weeks, economic instability in Canada and abroad has increased with the spread of the Coronavirus.

Crude oil prices have also plummeted because of the price war between large suppliers, such as Saudi Arabia, which is likely to negatively impact the economy of Canada, particularly in oil-rich provinces like Alberta.

Over the coming months, these factors could lead to weaker employment over Canada.

Why Settling in Quebec Makes Sense?

In urban centres and suburbs, immigrants to Quebec find decent employment and one of the best attributes for life in the country. Push the boundaries and broaden the horizons; you will achieve the goals.

There are other reasons to choose Quebec for immigration. One by one is presented to you below.

Culture of the Quebec

The nightlife, the music and the food which make the culture great are known in Québec. The province has a variety of lifestyle and has been welcoming multicultural refugees around the world for many years.

Known for its Beauty

The province is renowned for its majestic sights, which make it a place to visit. Québec has several regions, and you probably couldn’t travel without a second glance. Some of the best reasons to immigrate to Quebec is the magnificent scenery and the unabated warmth in the environment.

In Québec, immigrants enjoy a plan for immigrant investors allowing entrepreneurs and investment firms worldwide to relocate and invest in the Quebec economy. In exchange, they are entitled to benefits and citizenship.

By contrast to other provinces by Canada, living rates in Quebec are significantly lower. If you move to Quebec, you might afford to buy a furnished house for around $900 per month. Quebec has a smaller living rate and provides similar benefits to Canadians. And also other benefits like health care, accessible transportation.top-notch education

The economy in Quebec has a high average potential for growth that focuses primarily on manufacturing and service. Quebec’s growth is not supported. A province with a booming economy would undoubtedly be the perfect location for a family to be settled and educated.