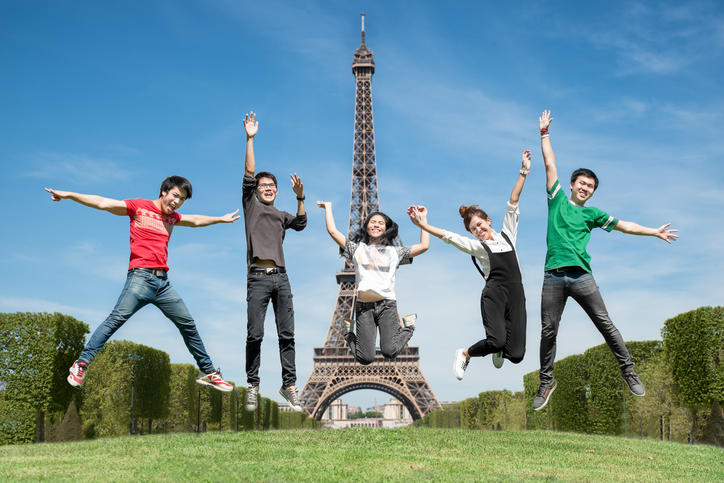 How can you afford an expensive study in France?

If you prefer to study in France with the study abroad program, you will need to pay thousands of dollars as the program fees for the administrative as well as the academic support required during your stay. Although several students need extra support level while studying abroad in France, still, it is not necessarily always to be so and you can easily accomplish somehow the same thing independently.

Discussions in 30 Seconds hide
1 Direct enrollment costs about € 437, including the yearly health insurance of a student for studying in France
2 Attending Grandes Ecoles for your master’s in France can cost you a Bomb
3 France is exactly not an expensive country, not highly expensive for international students
4 Now studying in France has become affordable than ever!
4.1 About Post Author
4.1.1 Raima Sen

Direct enrollment costs about € 437, including the yearly health insurance of a student for studying in France

In order to directly enroll your name, you need to commit to a long-term program. You need to first decide on whether you wish to apply for an undergraduate code for a master program in France. Although the cost difference for the different courses is not huge, but enrolling as an undergraduate candidate can be a little bit complicated.

At the very first step, you need to ensure that your home university accepts transfer credits from French universities and found the credits without requiring you to pay any kind of fees. If you wish to undergo a master’s program, avail one such institution that is recognized in all across Europe and you will not have to worry about the equivalencies.

The best way to enroll directly in one of the French universities is to have a good hold over the French language. This knowledge will help you to undergo the Standardized French Test and earn the level of minimum B1 or B2, which is necessary to qualify for the direct enrollment.

If your French level is not that good enough, you should spend a few months in intensive French courses in a French University at the initial years of the school days. But the tuition can cost you a lot more than the regular tuition fees.

Is also preferred to participate in the foreign exchange program operated by the University you choose to study with because this can be a very cost effective method. Almost all the university financial aids can be used to pay the bill and you will manage to pay the monthly tuition to the home university like normal.

Grandes Ecoles graduate schools include the Ecole Polytechnique for engineering and science and Ecole Normale Supérieure for humanities stream, known as the Ivy League of French universities. Getting admission to one of these prestigious educational centers mean tuition scholarship and cost of living stipends.

Graduates from these prestigious centers are expected to become the top contributors to the society as they usually get a highly coveted job in the private sectors as well as top-notch appointments at the various level of French administration after completing the diplomas. So it’s quite natural for the schools to be well funded.

France is exactly not an expensive country, not highly expensive for international students

Having a degree from one of the reputed universities or colleges in France means you will set for your life. Candidates in public French universities are usually accepted if they have completed the previous study year, but the Grande Ecole individuals usually spend a number of years preparing foreigners entrance exams that make the baccalaureate appear as the first-grade spelling test.

Fortunately, this course comes with the aim to educate the brightest students and hence, admitted foreign students on the basis of a separate exam schedule and quota.

If you are really talented, highly motivated, super smart as a great French speaker, you can start your international career with a graduate degree from Grande Ecole. This is again a great way to reside in France for free. The best part is that most of the schools are accredited by the FAFSA, which implies that though you will achieve a scholarship to attend and won’t have to use your Federal Financial Aid, you can defer your student loans from the undergrad during your educational years.

In order to apply, you need to completely resource the program that you want to do, design a project proposal and then undergo the entrance exam meant for foreign students in France, conducted during the months of May or June. The results are released in late June or at the earliest of July.

Now studying in France has become affordable than ever!

Students of Saint Francis choosing to study in Ambialet, France in the Fall 2019 will have to pay $500 less than candidates paid in the last few years for overseas semesters.

The reduction in the cost of studying expenses has made a France semester equivalent to a semester in Loretto.

This cost-cutting has been accomplished by simply changing the duration students will spend on their studies abroad, i.e. from 90 to 89 days. By reducing the trip length by a day, the students are exempted from purchasing their visas.

Visas are mandatory to stay in Europe for 90 days or more and $500 is required to secure them. Students can cut down the studying cost in abroad through grants that can help with incidental expenses and airfare.

Apart from the price reduction to the study abroad program in Ambialet, Karan Powell, SFU’s Vice President for Academic Affairs announced that Amsterdam has also been added for the 2019 fall. This will be added to the excursion schedule of the students, which includes Barcelona and Paris as well.

Elana Benninghoff spent the semester of 2018 spring in Ambialet. She said, “This program has been so important in shaping my life as a cultured individual and student.” She further added, “This will give more people the opportunity of a lifetime.”

According to Julie Horvath, the SFU’s director responsible for the study about program believes that this is undoubtedly the best opportunity for candidates. He strongly encourages everyone to take advantage of it.