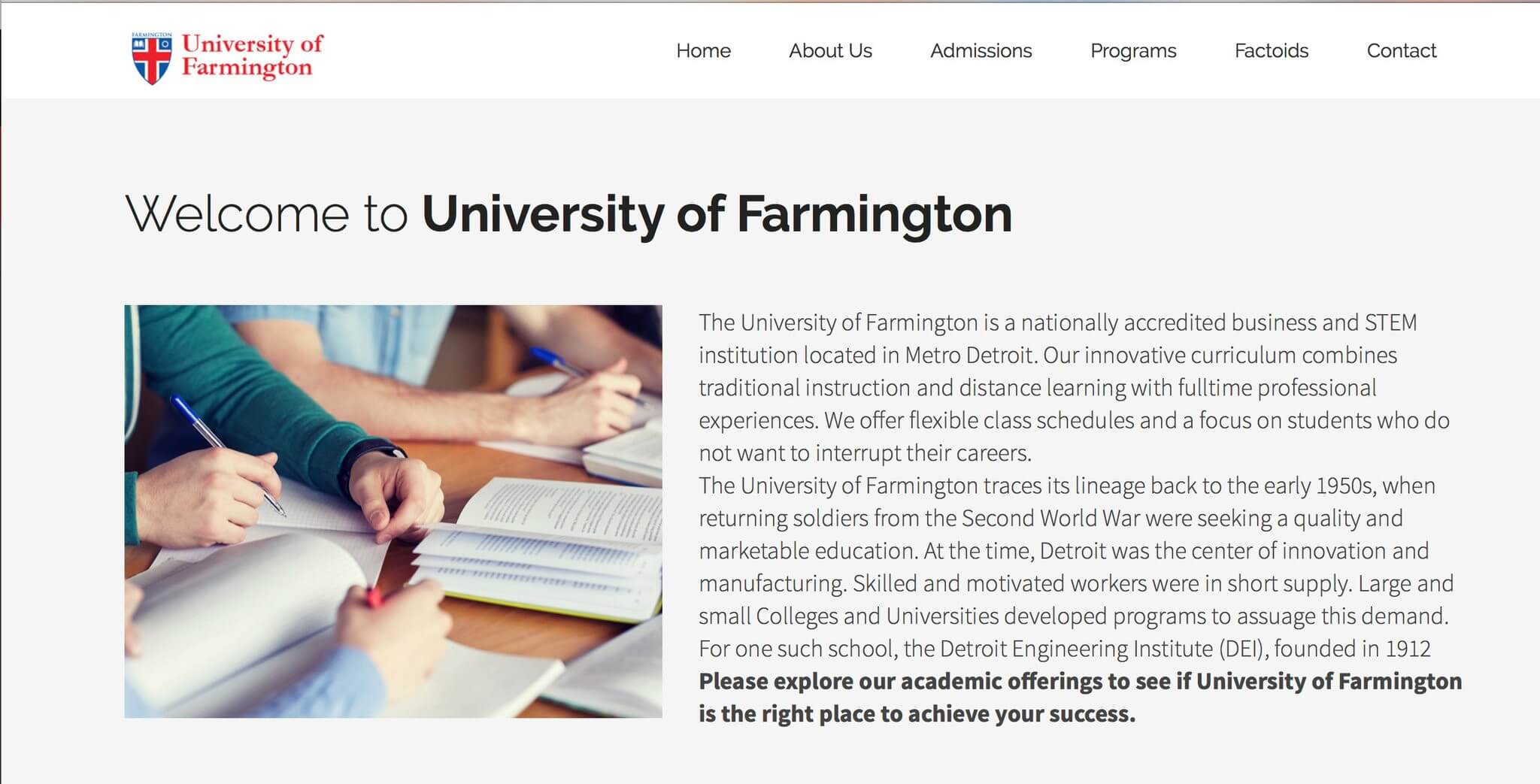 The University of Farmington has no premises, no staffs, no curriculum, and no classes. But it has hundreds of foreign candidates who participated in the “pay to stay” scheme. The scheme allowed them to work and live in the US under the false pretense of being students. The students were identified and may face deportation for participating in this week scheme.

The students were identified with the help of the sting operation conducted by the Immigration and Customs Agents who were running the university silently in Farmington, Michigan.

The Immigration and Customs Agents setup the education institution with an attempt to crack down this “pay to stay” schemes, where foreigners pay a huge amount of money to enroll their names in false universities for receiving the student visas.

As per the Detroit news that reported on the sting operation, the fake university set up by the Immigration and Customs Enforcement Agents led to the arrest of around 8 student recruiters who were a part of the entire conspiracy and supported minimum 600 foreigners to work and stay in the USA legally through visa fraud. In 2015, the operation came into enforcement

The news reported on Wednesday stated the several agents related to the University of Farmington were detained for running illegal schemes. Students who took part in this scheme were arrested on the immigration violation charges and may face a serious problem from the immigration department.

Most of the student recruiters who were arrested belong to the Indian origin, presently living away from the nation, from California to Florida.

The phony university was a part of the ‘Paper Chase’ operation, which begins as the way for the Department Of Homeland Security agent for identifying those involved in the violation of student visas.

At the very first glance, Farmington University looked quite legit. The professional website of this university a.edu address – featured the logo of school in the blue-and-red coat of arms with the Latin slogan which translates to “knowledge and work.” This website is no longer working, and a notice from the Immigration and Customs Enforcement Agents says that the school has been shut down by the immigration agents. But the cached version is saved by the Wayback Machine, which highlights a group of smiling students in the class as well as the features details of the graduate and undergraduate programs.

Few details are highlighted in the “factoids” section regarding the university – undergraduate tuition fee was $ 8,500 per year. But no courses were covered by the teaching assistants and the president of the school spoke 4 languages. The website does not show any profile of the school president, not even the name.

Social media profiles of the university where active, including a Facebook page. According to the tabloids, the school was going to schedule an event in the upcoming week. It also had an office operated from a complex in Farmington. The news further reported that the university was based across the whole area from a cafeteria.

According to the indictment, “… the university was being used by foreign citizens as a ‘pay to stay’ scheme which allowed these individuals to stay in the United States as a result of foreign citizens falsely asserting that they were enrolled as full-time students in an approved educational program and that they were making normal progress toward completion of the course of study.”

According to Peter Henning who is the former federal prosecutor and Wayne State University law professor at present, “It’s creative and it’s not entrapment.” “The government can put out the bait, but it’s up to the defendants to fall for it.”

The eight recruiters who were arrested for helping foreign students to obtain the student visa fraudulent records through fake immigration documents were not aware that the university was set up by the Immigration and Customs Enforcement Agents to trick them into the trap. The University helped students for setting up phony student records, which include transcripts that generally make the entire process of getting the student visa easier.

They received around $250,000 in kickbacks and cash to get students from all across the world to attend Farmington University. They will have to face a minimum of 5 years of imprisonment.

According to the indictments, students enrolling in The Farmington University were aware of the program being illegal. Most of the students were Indians and belong to the Telugu ethnic group.

According to the statement given by U.S. attorney Matthew Schneider, it is a well-known fact that international students are the most valuable asset of the country, but as witnessed from this case, the international student visa program can also be abused and exploited.

The university further claimed for being accredited by the Accrediting Commission of Career Schools and Colleges, but it never appears in the online directory of accredited institutions on the website of the organization. But the list of certified schools from DHS where international students can enroll their names includes the Farmington University.

The Farmington case cannot be said as the first time setup for a phony university; previously several cases have been reported. In the year 2016, the fake University of New Jersey was used by DHS agent for charging around 21 individuals in work and student visa fraud.

Several students who participated in the scheme told the New York Times that they really felt that they have been badly deceived by the government.

As per the investigation, several students who enrolled at the Farmington University appear to be from the Indian nationals who belong to the Telugu ethnic group. On Wednesday, the American Telugu association said that several Telugu students all across the nation had been arrested in the early morning raids, and The organization was attempting to offer them legal guidance.

The fake university of Farmington was established in 2015 and it was not before February 2017 that the HSI agents started posing as the officials of the university.

The university continued with its ghostly presently over the years in the basement of the suburban Detroit office park, recently gaining the suspicious attention of the neighbors.