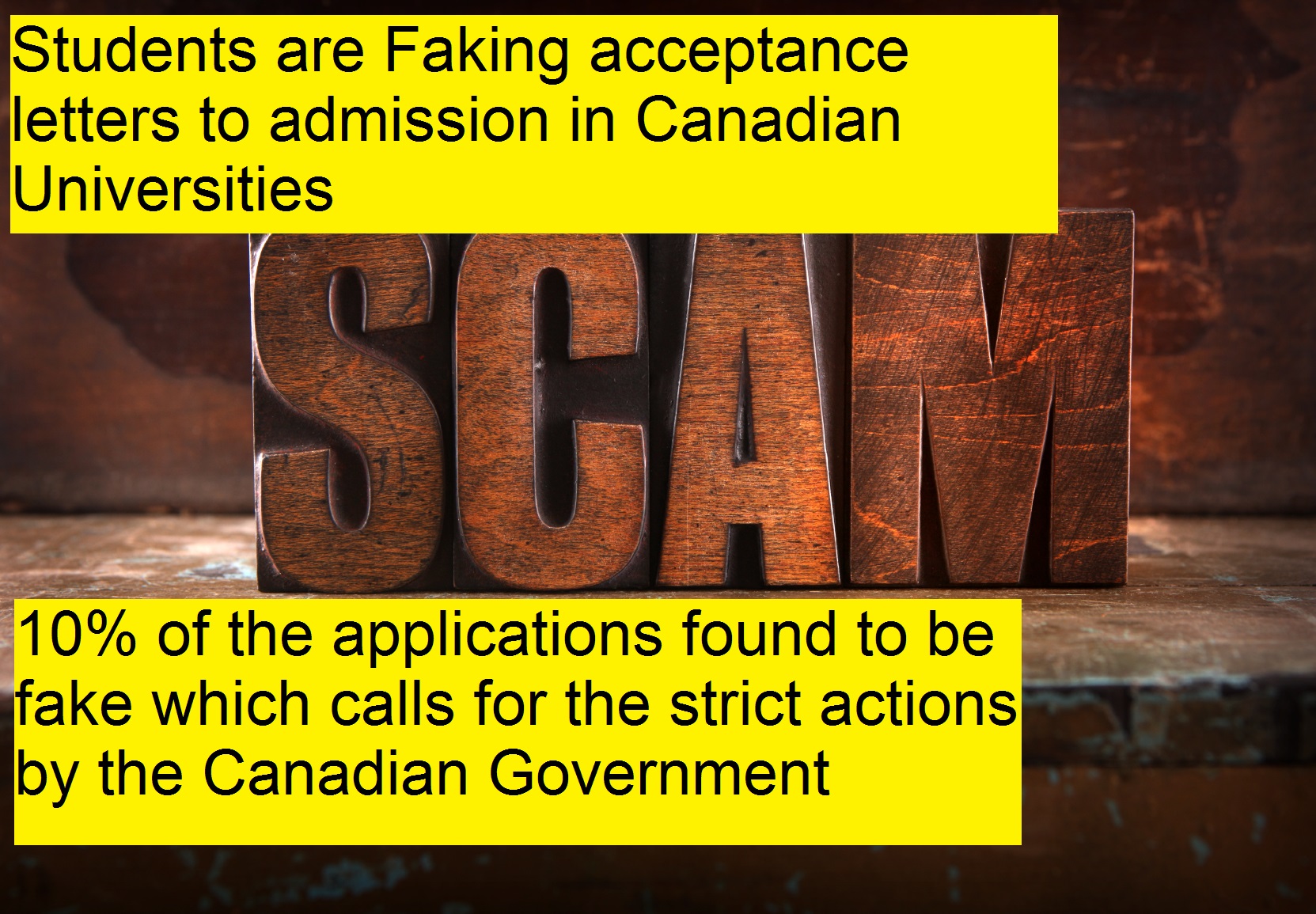 Assistant deputy minister of IRCC- Harpreet Kochhar, claimed in front of delegates of Canadian Bureau of International Education Annual Conference that majority of the admission letters which are required for a student to get study permits are fake. Almost 10% of the letters are fake in such a manner that university either doesn’t exist in Canada or the name of the university is misspelled. To examine Study visa application found fake in Canada, the government has launched a project.

Discussions in 30 Seconds hide
1 Study visa application found fake in Canada-through Letters of Acceptance Verification Project
2 Suggestion to be followed in order to reduce the number of fake cases-
3 Verification Project is one of its kind, other is to check the criteria for study permit being fulfilled or not-
3.1 About Post Author
3.1.1 Diksha Garg

The verification project for verifying the acceptance letters launched this year February and 361 letters out of the total 3848 letters that are put under examination was found fake and are not valid for Canadian institutes.

He further added that in total there is 200,000 application regarding study permit and they just managed to check a small portion of 3848 letters out of it. Stakes being very high in getting more fraudulent applications.

This will save time both for the immigration officers and the genuine students whom all are waiting for their study permit and coming to Canada to explore the opportunities.

Verification Project is one of its kind, other is to check the criteria for study permit being fulfilled or not-

With the verification project, there is another project that was launched was all about checking the criterion for the study permit being fulfilled or not. Students whom all are studying in Canada on study permit are well aware of the conditions with that comes like students with study permit can work only for 20 hours and many more. This project main aim to check whether these conditions are being followed. Under this Project, all the respective institutes of Canada are obliged to send regular reports on this, so that the immigration department can track the activities of the international students.