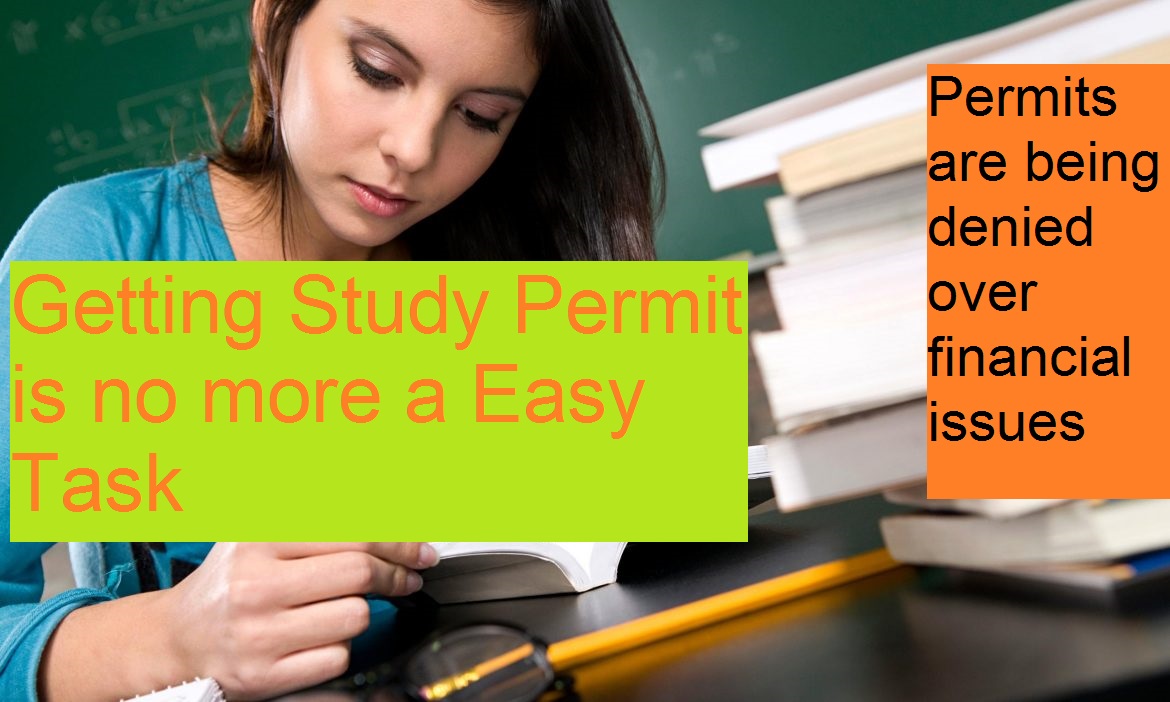 Permission to get Study permit in Canada becoming more difficult-Find out Why?

For the international student to study in Canada is becoming difficult. Not only for those who did not have admission in Canada but also those who had already got admission in the school, universities or colleges. Around 33 percent of application the student permit is rejected in last year for Immigration, Refugees, and Citizenship.

There is around 25 percent of the increase in rejection as compared to last five years. In the year 2018 with over 34 percent is rejected among the first 4 months. The rate of refusal for education is increasing drastically as there is an increase in demand for international studies in Canada. It comes on the 4th rank for the most desirable place for international studies around the world but Permission to get Study permit in Canada becoming more difficult.

Permission to get Study permit in Canada becoming more difficult-Find out Why?

Increase in the refusal rate for study permit depends on- study of course, province

The refusal rate has increased for study permits depending on various factors such as in which level study needs to be done, place or province of study and belongs to which country.  In the year 2017 around half of the students from Saskatchewan, New Brunswick, etc. do not get a permit to study but on the other side from British Colombia only about a quarter, the students did not get a study permit.

The refusal of study permit depends on 3 trends like –

When the interview request has been made to the Canadian officers of Immigration, Refugees, and Citizenship they all had refused to discuss decreasing trend of study permit in Canada. But Shannon Ker, communication advisor had given the statement through an email that – the applications have been scrutinized on the basis of facts given by the students on basis of the case to case. All the officers treat each application as same without any discrimination of external factors like changes in the Socio-Economic conditions of any country. As per the research was done in the year 2017, applications are rejected on the basis of specifics given in the application form from time to time.