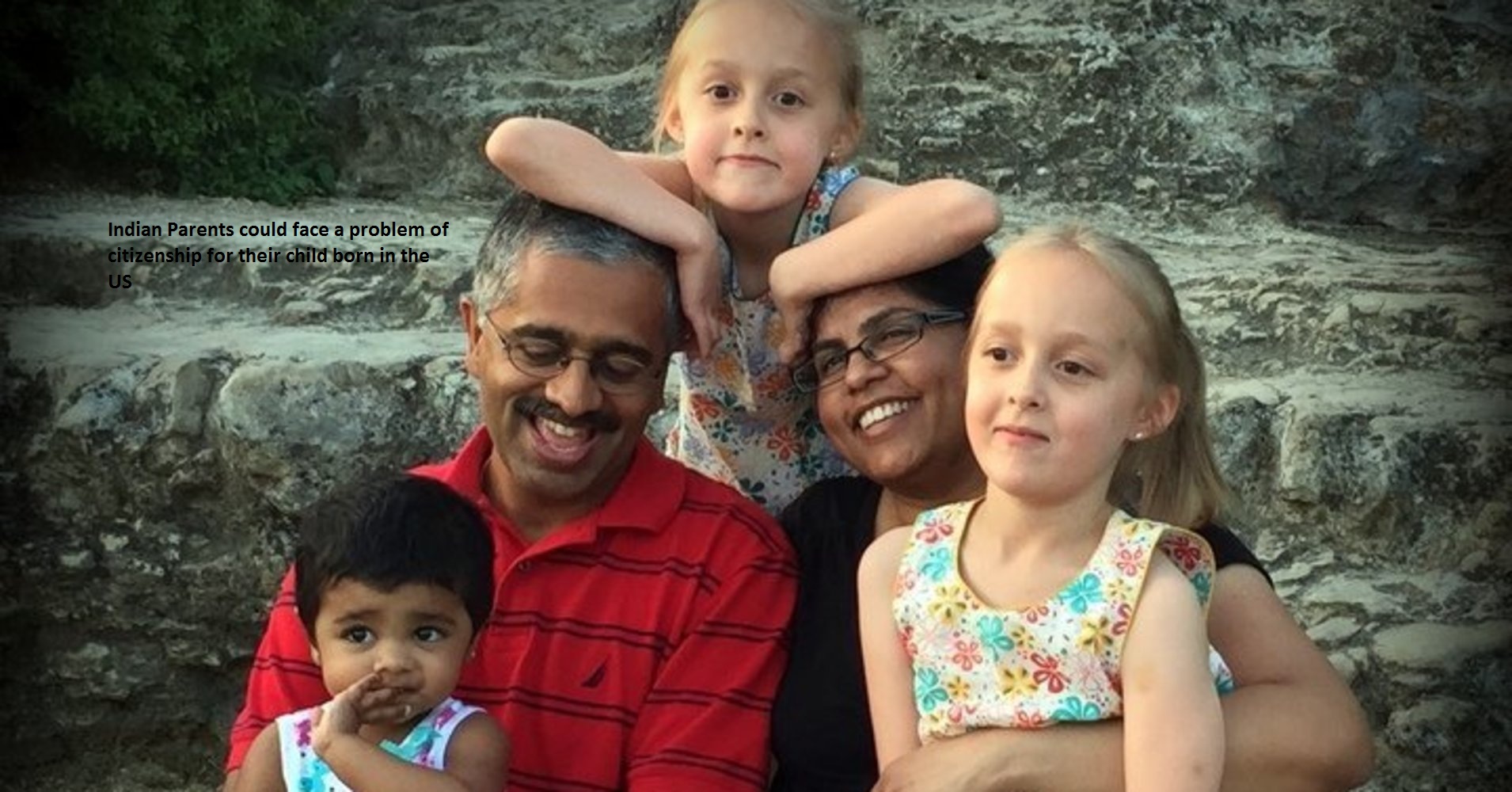 US President- Donald Trump has stricken the rules related to Indian Parents, newborn baby’s citizenship. Earlier the rules have been tightened for H1B Visa rules. Trump had held the position with a slogan “Buy American, Hire American”. He was in favor that in America, first job should be given to American, then other nations. Now the mid-term elections are there by next week and Trump had come up with this rule where Indian Parents could face a problem of citizenship for their child born in the US.

Discussions in 30 Seconds hide
1 History of strict rules by president Trump that go against immigrants in USA-
2 What the 14th amendment has to say?
3 People born in the US are the citizen of the US- Not for President Trump
4 Crisis for Indian employees working in the US for Trump’s Anti Immigration Policies
4.1 About Post Author
4.1.1 Diksha Garg

He has been known for its stern rules regarding the green card issuance, giving employment as well as the scholarship to the people who are not resident of US. Due to this, there is a change in the priority for preference related to job and education, from the US to the United Kingdom and Canada. He had shown his concern for migrants from Central American available in large number and heading towards the border of US Mexico. He said that US is the only country where from any corner of the world people comes and have their baby and the baby got the citizenship of US.

What the 14th amendment has to say?

There are various sources which are telling him that he does not have the right to change any of the amendment made in the constitution. As per 14th amendment made in the US, it was guaranteed that the children who are born in the US would get the citizenship right. As per the 14th constitution amendment first line, it tells that all the person who is born in the United States became the citizens of US automatically and to the states where they are residing. They would on its own, come to the jurisdiction of US. So for both citizenship and jurisdiction protection, they would be considered the citizen of US and to states where they reside. But as per Trump, he can make the changes by just passing an executive order against it.

The director of the Immigrants’ Rights Project, Omar Jadwat, said that those who are born in the US are the citizen of the US. As per him, the President could not change the rights given in the constitution by just passing the executive order.
This issue of citizenship for a newborn of Indian’s had aroused many a time in the past year. But there are many criticizers to this and it got postponed or dropped. As per Donald Trump now the lawyers of White house are rereading proposal.

Indians who are already there in the US for higher studies or working there, facing a lot of difficulties to get the H1B Visa for their further stay. To stay in the US and work they require to renew their H1B visa. Now they would also face a problem for getting citizenship to their newborn children. If in case their children do not get the citizenship then they would be in a great dilemma, about their stay in the US. Employees who are working in US companies will search for employment in other countries. Even the US companies would not able to hire employees from other countries, as they would cost more than hiring Americans for that job.