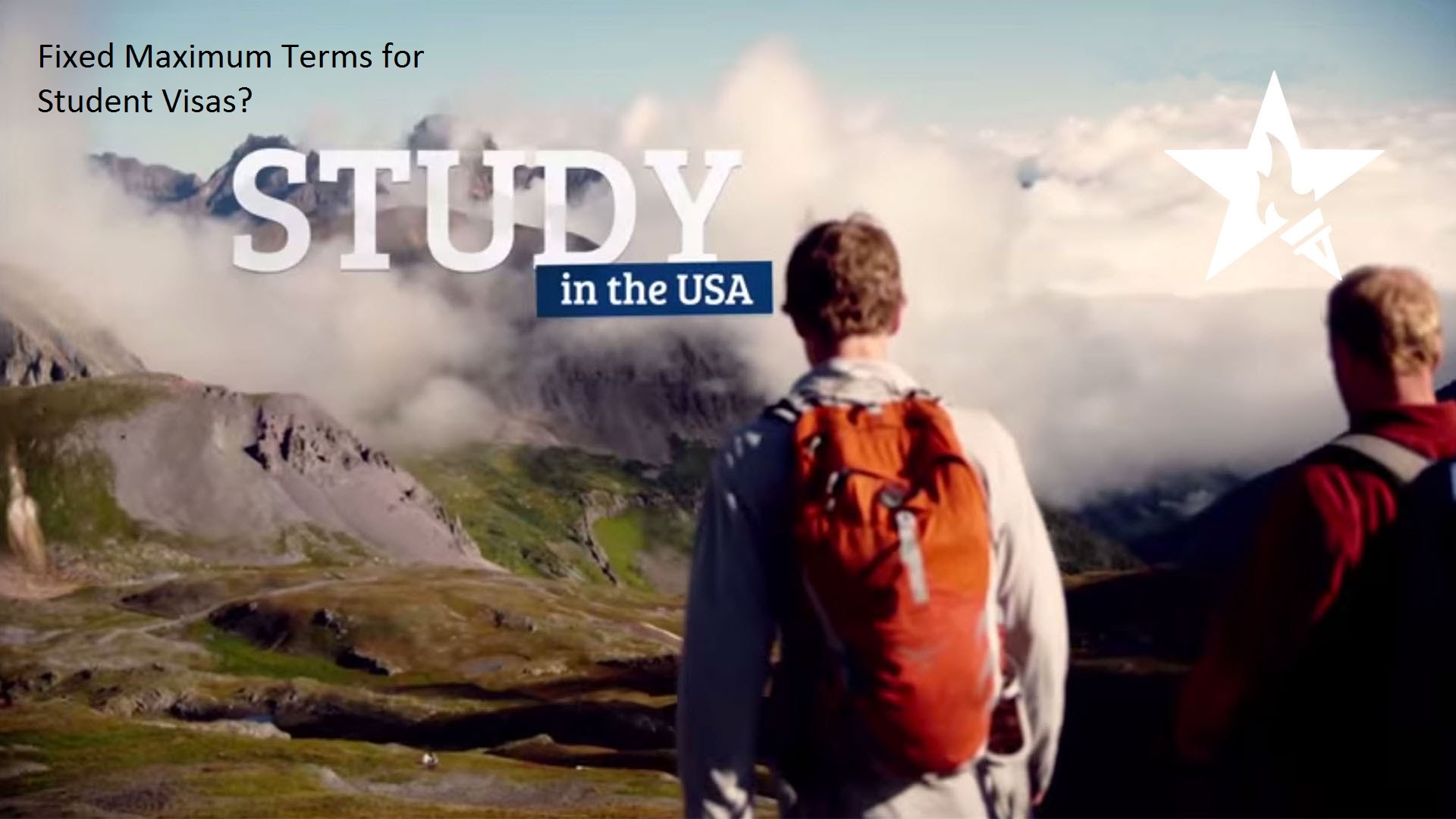 USA Fixed Maximum Terms for Student Visas? How would it impact International Students?

Fixed time limits for student visas are set to be introduced late-2019. The announcement is a cause of concern among international exchange advocates. The new proposed law could hurt American universities’ capability of recruiting international students. Let’s find out the consequences of the rule which is Fixed Maximum Terms for Student Visas?

A downfall of international students in the US

The number of international students decreases after being on the rise for years. The Trump administration is planning to set a time limit for student visas. Previously, International students could stay in the U.S as long as the status of their studies is maintained. Students could transfer from one academic institution to another or seek higher degrees and still possess valid student visas.  The introduction of this new bill will mandate a time period based on the program applied to. The new time limit set on student visas hopes to decrease the number of overstays and maintain the true purpose of a student visa. This news comes as alarming to advocates of cross-cultural studies. The introduction of this rule would make it much harder for universities to enroll foreign students. The new rule of Fixed Maximum Terms for Student Visas? is expected to be proposed in late-2019.

What does the New Law for International students in USA say?

Currently, student visas are valid as long as the individual maintains the status of a student. The new plan, however, is intended to set a fixed maximum period of time until the validity of the non-immigrant visa lapses. The notice published on Wednesday does not specify, however, the maximum period of time a student can stay. However, it was stated that there would be extension options for non-immigrant visas.

The lack of details regarding dates of authorized periods of stay caused mass confusion among student visa holders over how long they can legally stay in the U.S. The Wednesday announcement conveyed that the idea of a date mandated visa should help in lowering the rate of overstays.

The policy for International Students in USA is the need of the hour- According to the Govt. Officials

The deputy executive director for public policy at NAFSA had this to say that it’s been a while now that the International students and scholars are being tagged with special status known as “Duration of Status” or ‘D/S’ that lasts for the period of time they are engaging in their studies and practical training and then they are diligently screened, vetted, and monitored through the U.S. Department of Homeland Security’s Student and Exchange Visitor Information System (SEVIS). The need for maintaining this policy is that the time for study or research can fluctuate given the changing goals and actions of the student or scholar.

Immigration experts oppose the move of US Government-

Many immigration experts, including Stephen Yale-Loehr, a professor of immigration law at Cornell University, advised against such rule. He also stated that the planned proposition may not actually see daylight. “Historically, there are lots of items on the semiannual regulatory agenda that never even make it into a proposed rule, If it happens, it’ll happen slowly”.

The immigration veteran also said that there is no immediate cause for concern. The rule has to be proposed first and receive comments and feedback before actually becoming a final rule. Even then, the final rule is subject to challenge. Yale-Loehr believes that if the rule would come into fruition, it would have its benefits.

The introduction of such a rule would hinder students who may take longer than expected to graduate. However, the unlawful presence status could pass after the fact. This creates a lot of uncertainty for international students; the fixed time idea removes the flexibility of being a foreign student in the U.S. On a brighter note, Yale-Loehr believes that fixed duration student visas would give a clear image of when unlawful presence would actually begin.