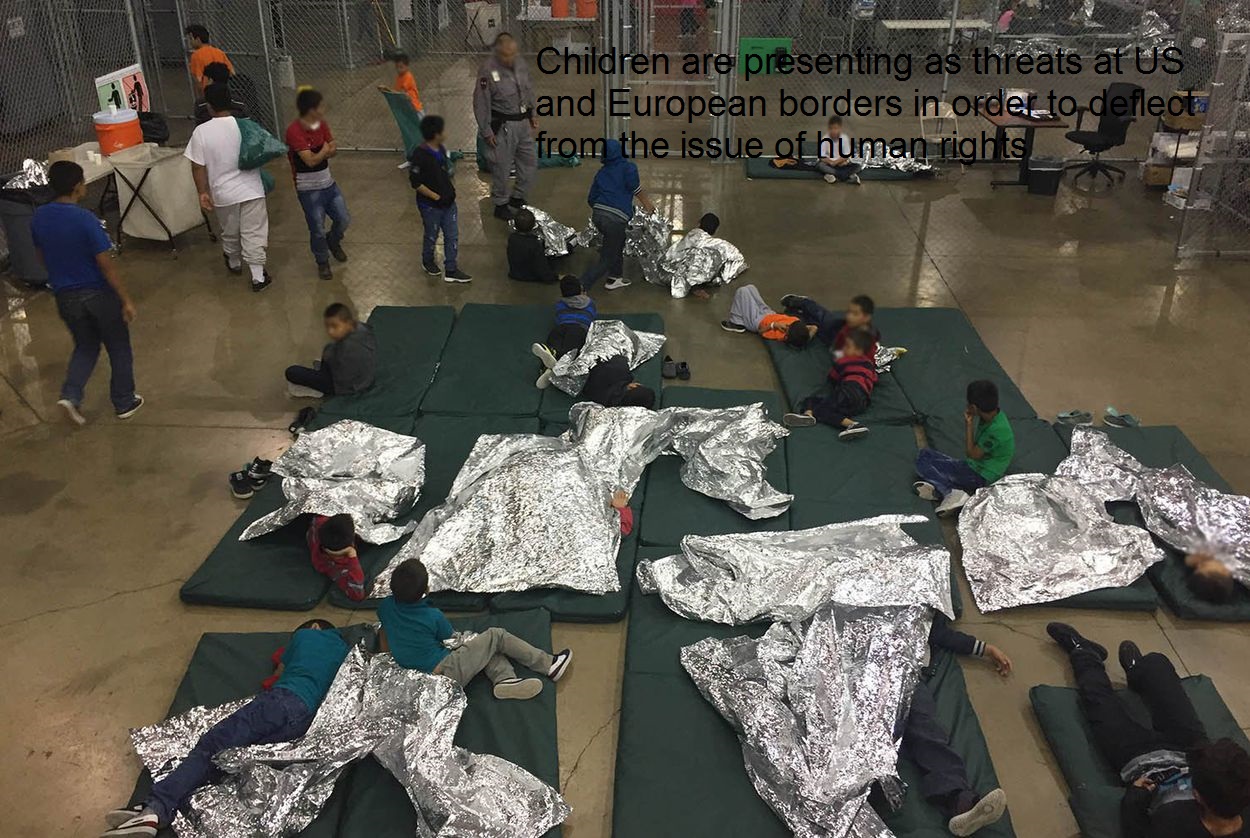 There is a lot happening in the US these days regarding the Trump’s separation of the migrant families at the US border. The federal judge also has given 30 days window to reunite the separated families. As the issue has taken different heights and people are all in rage protesting on the roads against the cruelty of the ICE, the government is trying to repair their image as Children are presenting as threats at US and European borders in order to deflect from the issue of human rights

Discussions in 30 Seconds hide
1 Smart move of the government in response to the protests going on against separation of Immigrant Families
2 Why girls and toddlers are not in the pictures showing plight of immigrants?- The government has no answer to this
3 Not only the US but many of the European countries dealing with the same situation in the past have done the same to divert the media
4 These separation of Immigrant Families policies are in continuation of longstanding colonial practices-
5 What is the need of the hour to settle the plight of Immigrants?
5.1 Diksha Garg

In response to the protest over 700 cities of the US the government on 30 June, release the pictures of the stranded children at the border kept in cages but they smartly blurred the images of toddlers and girls and highlighted the pictures of the teenage boys and continue by claiming that they are no boys they are grownups. Urge the media to differentiate with the children who need people concern and who don’t and by doing this they simply try to divert the issue to the issue of national security.

Why girls and toddlers are not in the pictures showing plight of immigrants?- The government has no answer to this

When asked about the release of the blurred and confusing pictures on a press conference secretary of the homeland security, Kirstjen Nielsen had no answer just repeatedly saying that she will look into the matter. Looking at the severity of the situation this answer of the Secretary is nowhere near to the justification.

If we look 2 years the similar news was heard from the UK in which they also released pictures of the children at the border going to join their families but they mainly focused on teenage boys which they portrait as Syrians and from Afghanistan. As matter of fact, non-white always come under the radar and white people just consider to be innocent. The motive of releasing the pictures was to divert the attention towards the non-white family which can prove to be the threat.

By doing so the government of the nation trying to justify their action of separation and to show it is the nation who need protection and sympathy, not the children.

Often related to threat non-white people lack the care and protection they need and deserve. Many of the NGO and other organization are reluctant to work with these non-white considering them less prone to the threat. But they fail to realize childhood has no color, so what make them sources of threat?  Every child which are solely get separated from their families become the victim of violence and threats despite their color and need sympathy and protection.

President Trump or Prime Minister Theresa May are not the first ones to imply such policies. Past has all proof of this. Even former president Obama in 2013 implies the separation policies and owing to that around 7200 families are set for deportation and children of African American origin were separated from their families.

What is the need of the hour to settle the plight of Immigrants?

Families waiting to reunite need sympathy and protection. We all should unite to the same agenda of protection regardless of the color and the age of the children. Beware of the strategies like these by the government and focus should be on the reunification of the children with their families. Every child whether it is white or non-white need care and proper nurture as they are future of the world. Experience violence and threats at such early stage making them vulnerable to picking up the wrong side.