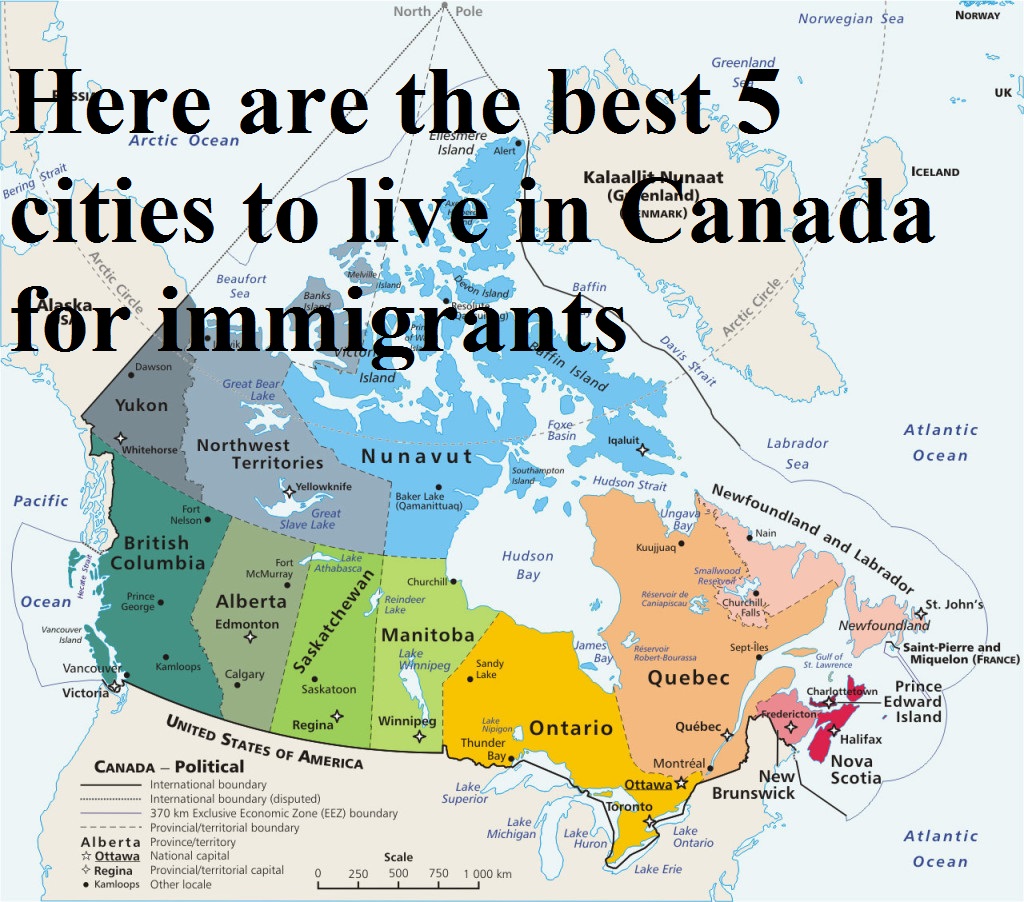 When a person decided to move to a new country, he makes that decision by considering various factors such as employment to survive, education for children, local neighborhood for living, the safety of the selected area and keeping in mind other basic daily needs.

If a person is moving to another country spending his earnings he always wanted to stay in the best city of that country. Canada as a whole is very welcoming toward the immigrants but we have chosen the top 5 countries for you where you can stay and work peacefully. Here are the best 5 cities to live in Canada for immigrants-

With the country’s capital, Ottawa is the also the largest city of Canada. With the growing population, the city also provides you with job opportunities in the various fields such as health and care etc. Ottawa is a hub for research institutes giving opportunities to the immigrants to work in that sector. Not only the research sector but also the technology sector is also on a boom of this city. Attracting most of the immigrants towards it.

Ottawa is also a city in which people from where countries live and work giving the city more ethnic touch. According to the report by Moneysense Magazine Ottawa is ranked at the number one position in comparison to others in case of living and working culture. Talking of the work culture, it is very much accumulating as every 4th person in the city is an immigrant. The city is also known for its outdoor activities such as horse riding, skating, yoga, bicycling etc. An immigrant who is planning to come to Canada Ottawa is the best place to come and explore.

Waterloo is a kinda small city with all 110,000 population but with big dreams. In the year 2007 Waterloo was awarded as an intelligent community by New York’s Intelligent Communities Forum. This can be easily proved as the Toronto-Waterloo corridor is a hub of the giant technology companies such as IBM, Google, RIM and many more. On the education prospective Waterloo is a place of two one of the best universities-University of Waterloo and Wilfrid Laurier University. Making Waterloo famous destination among the students.

Regina is the 2nd largest province with the population around 226,000 and it is the capital city of Saskatchewan. Regina is a multicultural city, where you will find people from different countries. You will get to know persons with different lingual in the Regina. Regina has natural gas and oil industries which provide the great opportunity for the immigrants. With industries, you will be amazed by the extreme weather from harsh cold winters to humid summers with the sun on top.

#4 – Brossard, Quebec- Offering good scope for study and those willing to opt for law as Career

Brossard is an immigrant city with 36% of the total population is of immigrants. Immigrants residing in the Brossard are from the different communities such as Chinese, Spanish, Arabic, Persian and many more. Brossard is more of a suburban area, anyone who wants higher opportunities, he can easily commute to Montreal. There is a lot of scope for the immigrants who want to study and pursue their career in law, business, healthcare because Brossard has the best institution for these and that is Ministere de l’Immigration, de la Diversite et de l’Inclusion.

Brandon is on the river-side of Manitoba. Brandon same as Waterloo provides high salaries and low cost of living. Unlike many of the cities in Canada, in Brandon, the first language is not English or French and most of the common language in the Brandon are Spanish, Mandarin. Maple Leaf Foods is the largest employer in the region and since 2010 it has attracted many of the many of the skilled immigrants.