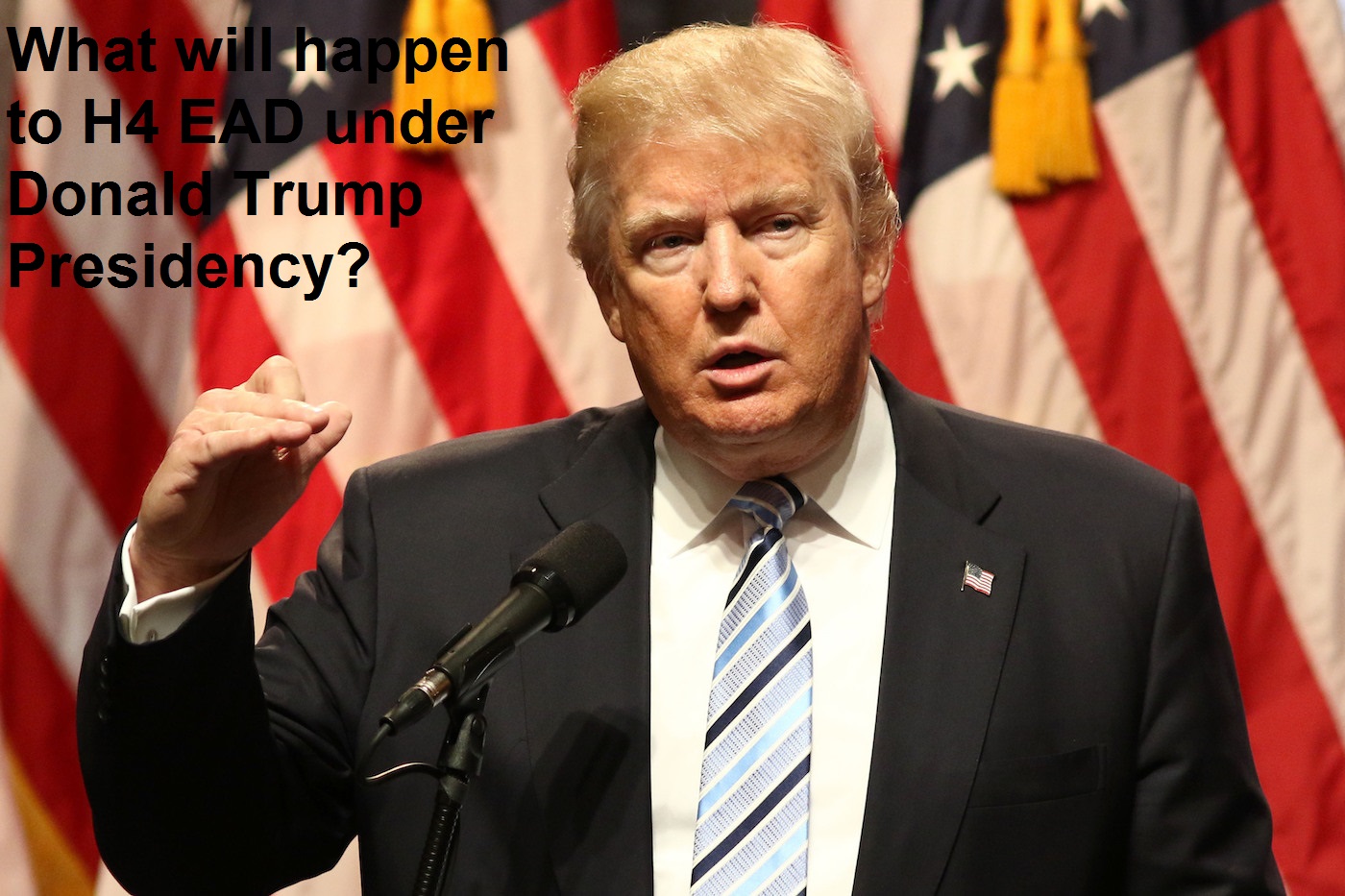 What will happen to H4 EAD under Donald Trump Presidency?

U.S. Citizenship and immigration services granted H-4 visa to the Spouse and Children under the age of 21 years of an H- type visa holder. Through H-4 visa family members of the H-type visa holder can stay in the US. Since H-4 visa came into existence it doesn’t allow the family members to work. But on 26 may, 2015 USCIS passed Employment Authorization for certain H-4 dependent spouses rule. As all about H-4 visa is uncertain, the question is asked repeatedly What will happen to H4 EAD under Donald Trump Presidency?

Requirements to be eligible for H-4 visa EAD rule-

The H-1B holder’s spouse is eligible for work authorization EAD if he or she fulfills the following conditions-  The H-4 visa dependent spouses were eligible for provided the H-1B spouse satisfies one of the below two:

Soon H-4 visa EAD rule came into existence, many of the h-4 visa holder spouses start applying for the jobs. An organization called as “Save jobs in the USA” comprised of mainly IT workers claimed that many of the H-1b holders replaced them in their jobs. The organization filed the lawsuit against Department of Homeland Security (DHS) on April 23, 2015, before the rule to be enacted. Save jobs the USA claimed two things in particular

But when Federal District Court didn’t find any grounds on which lawsuit had been filed, it gets dismissed soon by the court.

This question is repeatedly been asked since President Trump took up the office of charge. Let’s look at the timeline of events that happen after the lawsuit gets dismissed-

What Happens Now – Can H4 EAD be revoked by Trump Administration? What’s the Impact?

Now the removal of H-4 dependent spouses from the class of aliens for work authorization comes under Spring 2018 Regulatory Agenda. June 2018 is the timeline for the rule to be sent to OMB for review. As all of the procedure is uncertain that nothing can be said about what is going to happen. In-spite of congress sending letters to the USCIS for considering again about the revoking of the rule, USCIS replied that they are working the rule in compliance with Buy American Hire American. For a time being nothing can be predicted but advisable would keep applying for the H-4 visa EAD as there is no harm in applying.