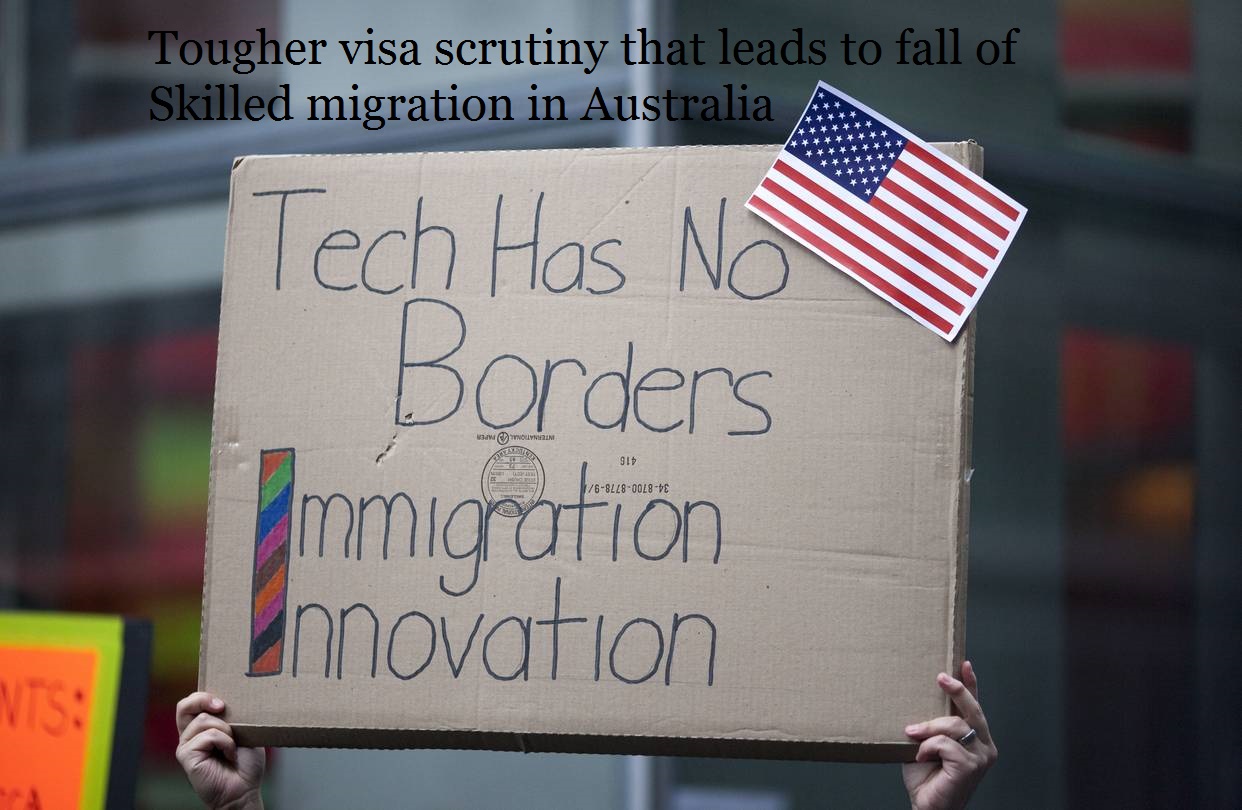 Every nation is in need of skilled labor so as Australia but with the installment of linked security databases visa checking becomes more rigorous and tougher which results in loss of 190,000 of skilled and family immigrants- as the report confirmed by Home Affairs officials. This tougher system including databases has been initiated in 2014-2015 but it got accelerated in 2016-2017. Intake of the immigrants in the year 2016-2017 was around 183,608 and as of this year April it goes down to 138,086.  Now its headlines that Tougher visa scrutiny that leads to fall of Skilled migration in Australia.

Discussions in 30 Seconds hide
1 The reason for this fall- more complex nature of the visa applications to Immigrate to Australia
2 Let’s understand this in deep- how technology is impacting the immigration rate to Australia.
3 The political aspect of reducing intake to Australia
3.1 About Post Author
3.1.1 Diksha Garg

As per the recent figures of 138,086 intakes (91,302 skilled immigrants, 44.193 family, and 2591 children applicants), it is assumed that by the end of this financial year there could be fall 20,000 immigrants. The first reason of this fall as per the immigration department is the increase in the complexity of the application of the skilled, family and children applicants and the second reason is technology involved could be risky for the particular applicants as amount international data required with that technology increased.

Let’s understand this in deep- how technology is impacting the immigration rate to Australia.

Technology here we are talking about is real-time, intelligence-related, data-checking systems databases. These databases are classified and sensitives and after connected isolated immigration integrity risk systems to intelligence databases-system gives you more hits. Hits are as in more deep information that needs to be resolved.

This process takes time as every time an official gets hit he has to go through the application again and again. Hence, an application stays with them for more time as with them earlier.

The political aspect of reducing intake to Australia

Amid increasing intake of immigrants, the federal cabinet considered the cut of 20,000 to the overall cap, but later on ruled against it- report by The Australian.

One Nation leader Pauline Hanson was in favor of the cut to the overall cap and she even not supported the government’s proposed business of tax cut. According to her cut on immigration is far more important agenda to be a focus on as immigrants are destroying the living standards of Australia.

Recently, the news in Australia is ready to scrap the longtime visa that is 457 visa which allows the skilled immigrant to work in Australia for 4 years. The reason given for this is Australian should be given more priority over foreigners in the job sector. Now a skilled immigrant has to go through tough visa scrutiny to immigrate to Australia.