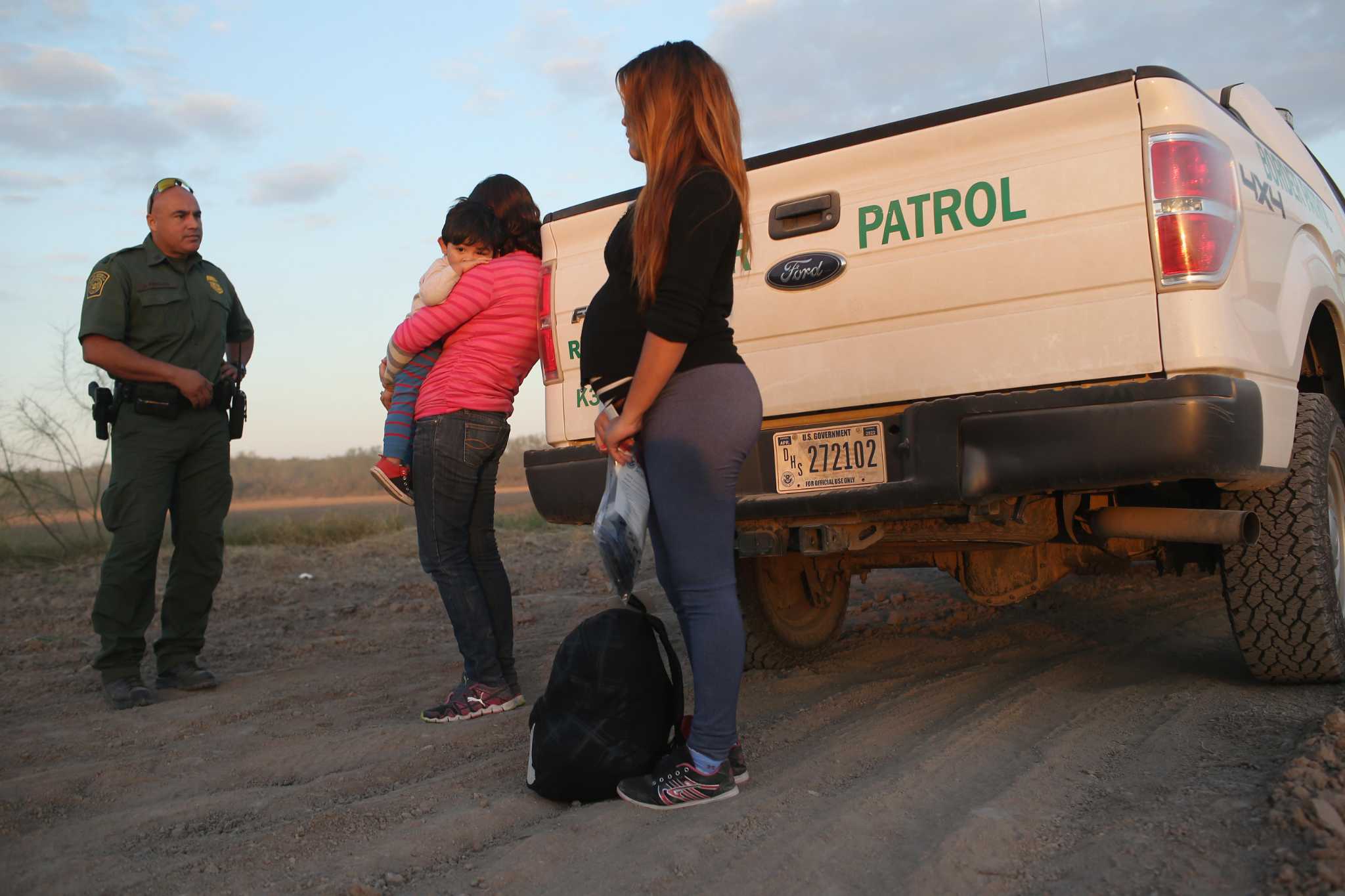 An immigrant from El Salvador, seven months pregnant, she said, stands next to a U.S. Border Patrol truck after she and others turned themselves in to border agents on December 7, 2015 near Rio Grande City, Texas. Many pregnant women, according to Border Patrol agents, cross illegally into the U.S. late into their terms with the intention of birthing their babies in the United States. All people born in the U.S. are American Citizens, according to the U.S. constitution. Border Patrol agents continue to detain hundreds of thousands of undocumented immigrants trying to avoid capture after crossing into the United States, even as migrant families and unaccompanied minors from Central America cross and turn themselves in to the Border Patrol to seek assylum. (Photo by John Moore/Getty Images)

Since the new administration has taken office in the United States, their stance on Immigration policies is becoming harsher and unethical. And with keeping the recent developments in mind, these policies have become downright inhumane. As if their life wasn’t already in so much difficulty, now they have the blade of deportation hanging over their heads.

In recent changes introduced by the government, detaining pregnant Immigrants has been made a default agency procedure for Immigration and Customs Enforcement. Let that thought sink in for a moment and ask yourself, where does this extreme procedure make sense in any way?

Discussions in 30 Seconds hide
1 The worsened Conditions of Detention Centers
2 Use of ‘Discretion’- is it exercised properly while detaining pregnant women immigrants?
3 Illegal Immigration needs to be checked- but these immigrants, especially pregnant women need to be handled humanely- provided with all healthcare and access to legal aid
3.1 About Post Author
3.1.1 Raima Sen

The worsened Conditions of Detention Centers

The stance of the earlier administration led by Barrack Obama was kind on these types of cases. And the people who bicker about this costing tax payer’s more is actually not true. On the contrary, the earlier policy not only saved the pregnant Immigrant women the hassle of detention, but it also saved on legal expenditure. Thus, detaining pregnant Immigrants is the administration bending over backward for justifying a tougher stance on Immigration reforms.

With already being in such a difficult state health-wise, these pregnant women are stripped of their dignities and even the basic healthcare demands are barely met. With such a stress put on their bodies both physically and mentally, a lot of women are at risk of miscarriages which can be harmful and even fatal sometimes. With the sporadic situation of prenatal care in prison, these Immigration related deportations are more harmful than the administration has realized.

Use of ‘Discretion’- is it exercised properly while detaining pregnant women immigrants?

The Immigration and Customs Enforcement agency (ICE) insists that there are certain exceptions made in rare cases. There are discretionary powers given to ICE officials and agents which can be used to provide some relief when it comes to detaining pregnant Immigrants. But the agency is infamous for not using this discretionary power.

Thus, the life of these pregnant women and their unborn children is dependent on an agency that has not made proper detention decisions based on Individual circumstances. Their unwillingness to use discretion in even the most obvious humanitarian cases calls into question their social responsibility.

Illegal Immigration needs to be checked- but these immigrants, especially pregnant women need to be handled humanely- provided with all healthcare and access to legal aid

In the end, is this policy really going to benefit the Immigration system of the country? By making detentions mandatory, the release of these women is not even considered. This restricts them from their support system consisting of legal aid, healthcare, and their family. The administration needs to realize that introducing these inhumane policies is not going to make the country any safer or better than before. These attacks on basic compassion and human life need to stop.