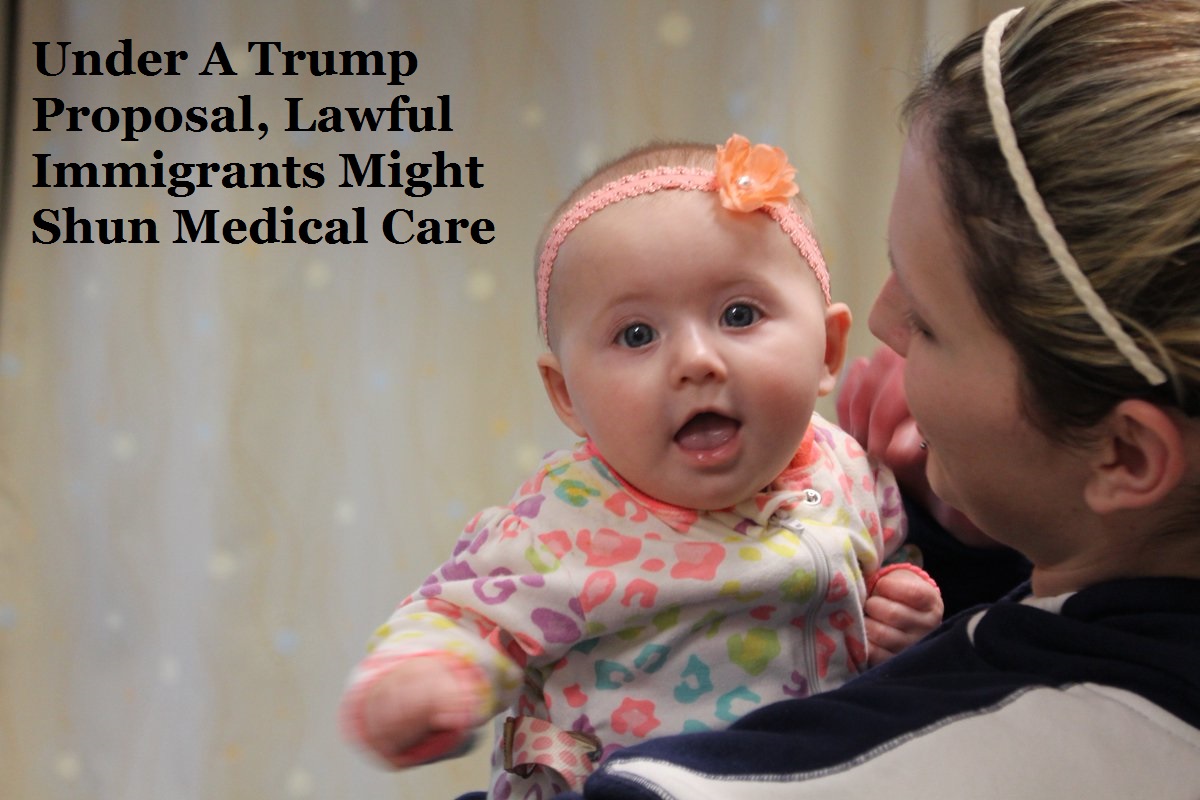 Under A Trump Proposal, Lawful Immigrants Might Shun Medical Care

Since president Trump came to power, he is considering many policy changes regarding immigrants who are willing to get permanent residency in the US. This new policy of the government might not be allowed immigrants to use government-supported health care. Let’s see thoroughly how Under A Trump Proposal, Lawful Immigrants Might Shun Medical Care.

Under this policy, if any of the immigrant use any of the government subsidized plan such as , Medicaid, tax credits, a subsidized Obamacare plan, food stamps, the Children’s Health Insurance Program, non-emergency Medicaid, the Supplemental Nutrition Assistance Program, WIC and short-term institutionalization, then his dream of getting lawful residency and green card will be shattered. In case, if parents are immigrants and their child is a US citizen, if they try to get benefits the chances are that child will get separated from the parents.

Health advocates have a say about it –that it could create public health problems for both the immigrant patients and US citizens in the long run.

Discussions in 30 Seconds hide
1 What does it mean to be an immigrant nation?
2 U.S. Immigration Policy Threatens Shake-Up In Home Health Business
3 ‘Public charge’ immigrants- the targeted ones
4 Mothers to chose between ailing Child or to obtain a legal status for herself- a very Hardhearted immigration policy
5 Refugees, People granted asylum are spared by the rule?
5.1 About Post Author
5.1.1 Diksha Garg

What does it mean to be an immigrant nation?

According to the government records, from past two years, around 3 million people have received green cards. But with these changes living of Immigrants in the U.S. on a visa is seriously affected. Immigrants who have no legal status but have applied for the same on the basis of close family relationship are in great trouble.

Senior director of policy for America’s Essential Hospitals- Erin O’Malley shows his great concern over the significant impact of this policy on the health of the country. She fears that families of the immigrant will be kept away from getting routine treatment and forced to use emergency services for the medical care. This will create nothing but more uncompensated care cost and more sick patients.

Undoubtedly this will lead to people across the U.S.- going hungry with no access to medical care, even becoming homeless.

Economic self-sufficiency will be lost. This will have an impact on tax paying and lawful immigrants. According to the reports to deciding factor for permanent residency is the number of the non-cash benefits used by the applicant.

‘Public charge’ immigrants- the targeted ones

In this proposed rule immigrants considered to be “public charge” who had used or recently used these benefits within the span of last 3 years will be inadmissible to the US government. If any of the immigrant’s family member has used the benefits that will also take into consideration.

By this policy, mothers are put in a situation where she has to choose between her ailing child who is US citizen and obtaining a legal immigration status for herself.

Refugees, People granted asylum are spared by the rule?

Refugees, people granted public asylums and the undocumented immigrants are affected by this policy.

The policy is still in its initial stage of the rulemaking process, nothing can be said particularly. Let’s hope whatever decision comes out it should be in everyone’s favor.