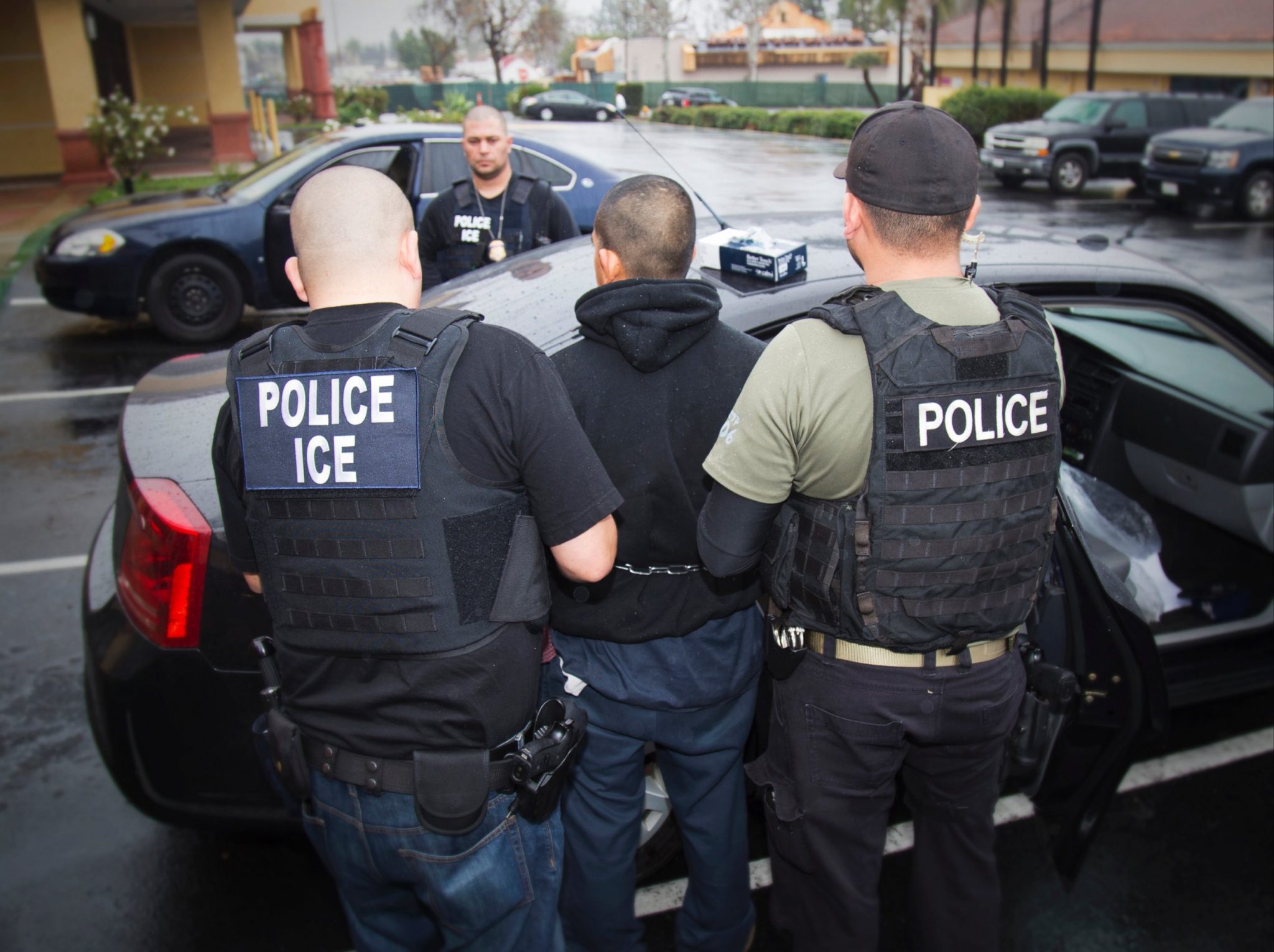 US Illegal immigrants: No concessions to Pregnant women if caught staying illegally

The previous administration policy of Donald Trump included exemption of pregnant immigrants from the list of immigration detention. But the protocol has been changed recently.

A directive was issued by the Department of Homeland Security in 2016 stating that pregnant ladies should not be detained like other immigrants by the ICE or Immigration and Customs Enforcement unless the situation demands it.

According to the latest directive that was reported by The Hill, now pregnant ladies will also be treated like other immigrants if they were suspected of being in US in an illegal way.

An internal email stating about the shift said that this change is something which is meant for betterment. It is done in order to align with the immigration executive order that was signed last year by the US President Donald Trump. The executive order was signed in the month of January 2017, just after Trump took the oath of office, broadening the description of candidates who could be deemed as the priority for removal through deportation from the United States.

Discussions in 30 Seconds hide
1 Organization of Human Rights denounces such harsh measures by US immigration on Pregnant Women
2 US immigration’s reflects cruelty towards women: Director of Migrant Rights
3 ECE refuses comment on such change in the immigrant rights
3.1 About Post Author
3.1.1 Raima Sen

New Immigration and Customs Enforcement policy has been knocked down by the organizations of human rights. According to them, the new policy reflects the pattern of cruelty towards the undocumented immigrants as well as women from Donald Trump’s administration.

According to a senior counsel, Victoria Lopez “This new policy further exposes the cruelty of Trump’s detention and deportation force by endangering the lives of pregnant immigrant women,” she further stated that “It removes critical protections for this vulnerable population and eliminates key reporting requirements for oversight of a detention system that needs more, not less, transparency and accountability.”

US immigration’s  reflects cruelty towards women: Director of Migrant Rights

According to Michelle Brané who is the director of the Migrants Rights and Justice program with the Women’s refugee commission, the recent policy is really counter-intuitive and it reflects cruelty towards those women who may be coming to US to save themselves from domestic violence as well as the rape which actually lead to the situation of pregnancy in the first place.

In one of the statements by Ms. Brané “In another attack on women and children, the Trump administration has ended its policy of avoiding detention of pregnant women. The Women’s Refugee Commission has long documented the dangerous and unhealthy detention conditions that are especially dangerous and inappropriate for pregnant women,”

She further added, “Many women are pregnant as a result of rape and violence that they experienced either on the journey to the U.S. or that may be part of an asylum claim,” She said “Detention is especially traumatic for pregnant women and even more so for victims of rape and gender-based violence. WRC condemns this decision to no longer protect expecting mothers and their unborn children.”

ECE refuses comment on such change in the immigrant rights

The email which announces the changes in the immigration policy also states that pregnant women who are in their third trimester will not be detained, unless there is an extraordinary situation which demands the action to be taken on urgent basis. At the same time, the note also states that the Agents of Immigration and Customs Enforcement will consider the cases of pregnant immigration with utmost care and on case-by-case basis in order to determine the candidates who should be detained.