In a speech, Prime Minister Justin Trudeau showed his concern about the growing number of immigrants that are flooding the Canada illegally.  He said that while Canada is a welcoming society, it is also a “Country of Law.” Therefore, he would not allow the illegal immigrants to enter the country. Read more on Canadian Government to Implement Rigorous Border Policies to Curb the Unlawful Immigration. 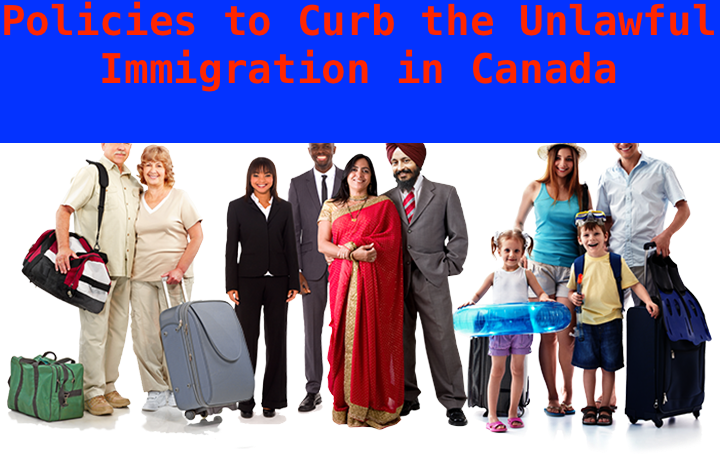 Earlier he tweeted that Canada will always welcome the refugees to their country, irrespective of their faith. However, later he said that he also believes that Canadian rules and principles should be applied to everyone equally when it comes to illegal immigration in the country.

This concern is mainly because of the increasing number of Haitian illegal immigrants who are leaving the USA in response to the strict immigration policies implemented by the US government.

As the border crossings from the US are growing immensely, Trudeau’s unrealistic approach towards the border controls was being criticized. And with his latest announcements, he has given new synergy to his campaign.

It is evident that the Prime Minister is now acknowledging the concerns that any leader must understand during his campaign to tighten the radically liberated immigration policies. Opening the door to any country may raise consequential circumstances both politically and practically. And Canada is also facing some serious issue with the exponential growth of the refugees entering the country for last few months.

While in 2015, merely 2900 immigrants walked across the US border illegally in Quebec, this year this number outreached 6,800 within a couple of weeks in August only. Keeping this number in mind, Trudeau said that no immigrant who has entered the Canada unlawfully is eligible for any benefits. He also mentioned that people hopping across the US border would have to go through all the immigration evaluations and border security checks.

He also believes that due to stringent border policies introduced by the Trump, have lead to this situation where most of the immigrants in the US are moving out. And in January Trudeau expressed his contempt for Trump’s restrictive immigration control policies by welcoming the immigrants to Canada.

However, on this Sunday, Trudeau informed the incoming refugees that they must go through the Canada’s rigorous screening process to enter the country as the laws and enforcement of these laws is also critical to maintain. He said that Canada has a set of legislations for immigrants, which in no case can be circumvented and should be followed strictly.

In fact, everyone is aware of the rigorous border policies of the Canada. Other than refugees, people who want to migrate to Canada must be skilled labor, should have English proficiency, and should be highly qualified.

Trudeau said that his government is making sure that border security services and other groups under the Government will ensure that the integrity of the Canadian border and its strength is maintained with the right implementation of the stringent immigration system of the country.

He continued to say that for this reason, Canadians are confident about the immigrations regulations as well as diversity in Canada because Canadian government will ensure that the rules and regulations of the country are always implemented rigorously, which make Canada strong and proud.