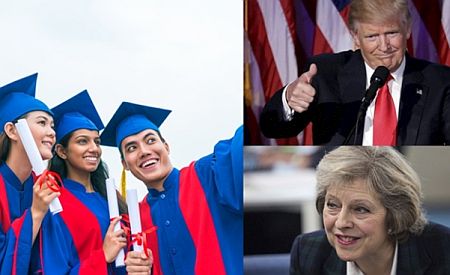 Yes, there is a fear among Indian students regarding the recent UK and US visa changes. 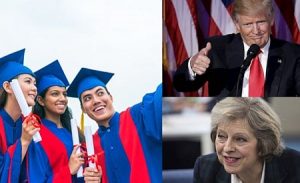 “US and UK Visa changes Might Affect Indian Students. “

It may be worth notable that the UK’s MACR(Migration Advisory Committee Recommendations) may tighten UK visa rules. Proposals include increased salary threshold for UK Tier 2 visa holders and English language conditions for non-EU(European Union) immigrants.

US Visa changes and its impact on Indian students—Changes in the US administration are proving taxing for Indian students equally. In fact, foreign students from the world over are feeling the pinch of tougher current and proposed US visa changes.

There is going to be a significant change in US H1B visa regime. US President-elect Donald Trump has vowed to restrict the US visa misuse and its impact on US worker opportunities. He is going to prioritize jobs for Americans under the principle of “Putting America First”. And this has already left many foreigners panicked.