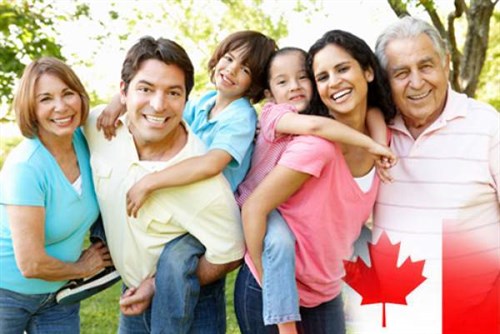 The government of Canada will be re-opening the gates for its much-admired Parents and Grand parents Program (PGP) from this upcoming January 3rd, 2017. Another good news about it is this year the intake capacity for applications has been raised to 10,000, from previous year’s cap to 5000 only. The program has been a golden opportunity for the permanent residents and citizens of Canada as it allows them to migrate their parents and grandparents living in overseas, to permanently shift to the country as valid Canadian citizens.

The government has already promised to double the targeted intake than last year’s quota in Parents and Grand Parents Program (PGP). However, the program seems to attract an ample number of applications just within a few days of its commencement, as seen in last year with Application date starting from January 4th, 2016 with a maximum cap of 5000 and a total number of 14,000 were applications received by January 7th, 2016. The applications of this program are reviewed only on first come first served priority basis. Therefore, the applicants are advised to be well prepared with their applications much before the starting date so that they can submit it within a short time to secure the confirmation for their parents or grandparents permanent migration to Canada.

As for the sponsors who, being permanent residents of the country, are willing to sponsor their parents or grandparents for their citizenship of Canada, must adhere to the minimum income prospect for being eligible for this PGP. The government has also recently revised the desired minimum income potential for PGP. Sponsors are advised to check the new sponsorship terms and conditions thoroughly before applying for the program. Besides this, the authorities have also specified the essential eligibility criteria for valid applications. The sponsor must be a Canadian citizen or permanent resident at first place, he/She must be 18 years of age or older. Sponsors must prove that they have met the minimum income level as prescribed by Canadian Revenue Agency for three consecutive years. In this case, if the sponsor is married or in a common-law relationship the income of both the persons can be included.

Last year, with in three days, applications numbering three times of the intake quota were received. Applications are to be assessed on first come first served basis. Keep your applications ready and get re-united with your Parents in Canada

However, for Quebec, the government of this provincial is authorized to exercise the financial potential of a sponsor and thereby to determine the time length of this PGP agreement. Potential sponsors are advised to consult with a legal expert to know about the exact process and essential requirements before applying for their parents or grandparents’ permanent citizenship in this provincial.

The department of Immigration, Refugees, and Citizenship (IRCC) had announced the decision of allowing 10,000 complete applications for 2017 much earlier, just after some time of retaining 10,000 complete ones among the 14,000 submitted applications of 2016. However, Super Visa is also a potential alternative for PGP, which allows entitling foreign-based parents and grandparents of those of the permanent residents of Canada to become long time visitors of the country. In this process, successful applicants get multiple-entry visitor visas, valid for up to 10 years, where visa holders may reside in Canada for up to two years.