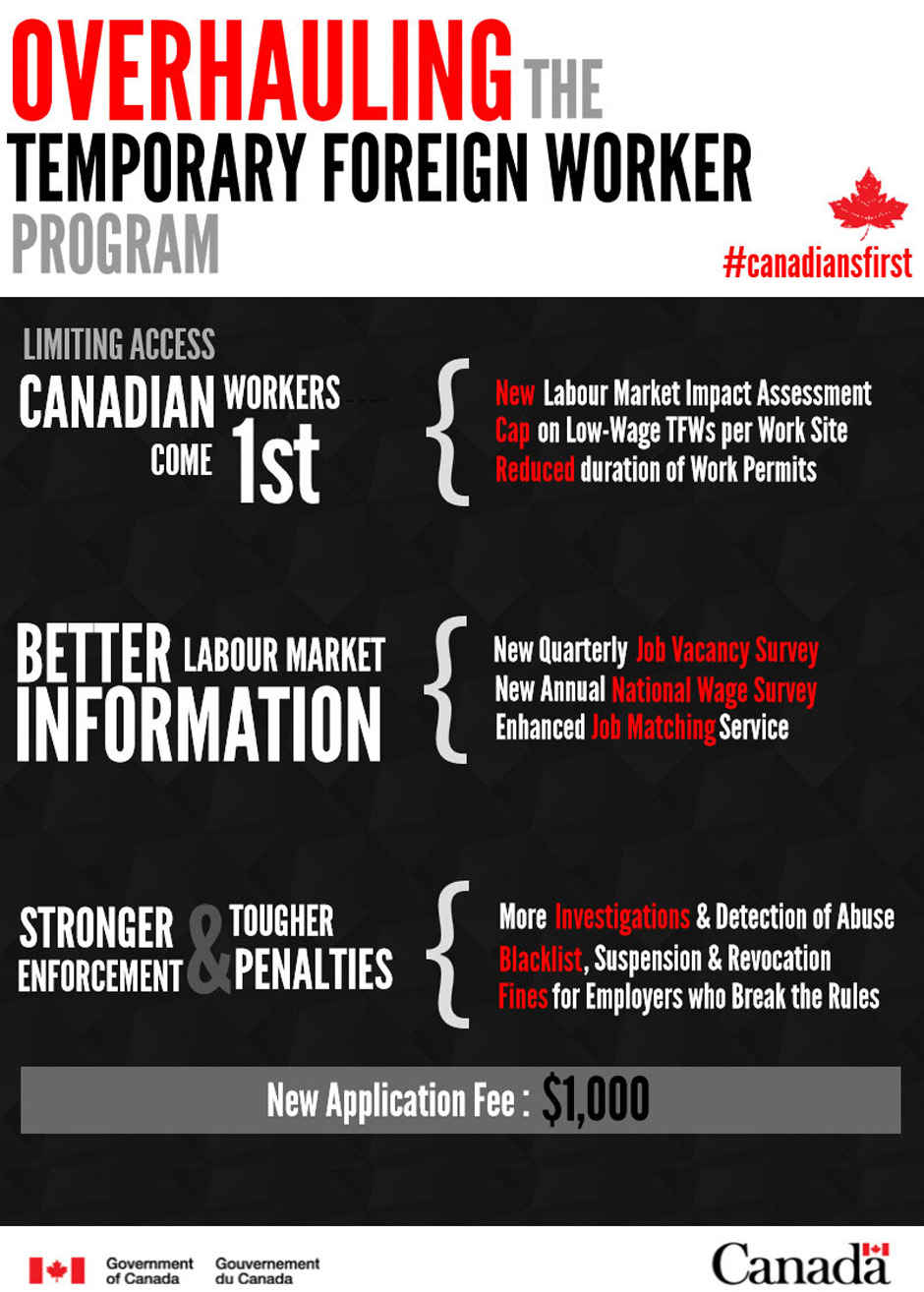 For the past about 8 years, the unions in Canada have been demanding a thorough review of the Temporary Foreign Worker Program.

Temporary Foreign Workers come at Much Lower Salary- Such workers are available at a much lower salary than as per prevailing market rates and these workers are also willing to worker for longer hours. As such certain competitive industries in Canada such as farming, construction labor, are heavily dependent on these workers, much to chagrin of local unions, who claim that such workers take away their jobs.

Now as, following the complaints by various human rights unions and temporary workers, the rules of hiring of such workers are expected to undergo change in November 2016, and these workers may be granted pathway to get citizenship, the unions have again raised their voice against hiring of such workers.

Unions claims these workers are responsible for lower wage rate- Unions have been complaining that the hiring of temporary foreign worker is adversely affecting the wage rate in Canada and the prospects of employment.

Unions argue that if these foreign workers are to be paid same rate as to Canadian Worker, the demand for such workers may vanish

It is not that the Union is friend of such workers and championing their cause. The reasoning is simple. As the employers advertise for a job vacancy, they offer such low rate of payment in the advertisement that either the requisite number of native Canadians don’t apply or may be none applies.

With this, the advertiser company gets the reason to hire foreign worker.

The story does not end here. With this, the average wage rate with other employers in same sector also goes down.

Only Genuine Employer Should be able to hire Temporary Foreign Worker-The Union has been stressing that only the genuine and trustworthy employers be allowed to hire temporary foreign workers in Canada and the employers who are able to abuse the system, may not be allowed to hire such workers and such hiring should be used only as last resort where genuinely no Canadian worker is available.

Employers caught abusing the system should be permanently barred from such hiring in future, the union demands