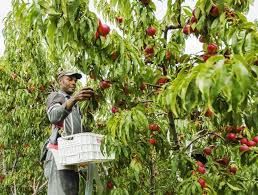 Migrant foreign farm workers launched a rally in Ottawa raising their voice against exploitation and asking for the permanent resident status in Canada.

Canada government offers foreign individuals to work in their country either by providing permanent resident status or temporary work permit. Canada is well known for the human rights this country provides to every individual worker. But recent reports stating that working conditions have became worst in Canada and some facts came into light when the actual treatment in Canada was revealed by the migrant foreign farm workers.

Gabriel Allhdua, from Eastern Caribbean, was offered a job in Canada as a Seasonal Agricultural Worker. He was quite happy and overwhelmed for the offer he had received at the age 45-year-old, which helped him and his family financially.

Allahdua was offered job in Canada as a part of Seasonal Agricultural Worker Programme (SAWP), where Canadian employers are ready to hire migrant foreign farm workers on temporary basis from Mexico and on contract of 8-months basis from 11 countries in Caribbean.

This program began in 1966, where more than 260 Jamaican workers were brought by Canada to Ontario as a shortage of local workers.

As the jobs were in agricultural sector, workers should have farming experience and skills. Allahdua, is a member of an organization named Justicia for Migrant Workers, that supports the foreign agricultural workers and together the campaign, ‘Harvesting Freedom’, initiated.

This campaign helps the foreign migrant foreign farm workers to get permanent resident status and they put pressure on Ottawa. Allahdua stated that there was lot of injustice happening by every employer in Canada.

With these allegations, Canada’s Temporary Foreign Worker Programme (TFWP) has made observation on the migrant foreign farm workers and the work they were allotted to do; and it came to light that many foreign workers who came to Canada were being treated as slaves. During their analysis, they came to know that since 2004, the workers population from foreign countries has increased from 20,000 to 41,700 in 2013.

This analysis clearly indicates the foreign workers’ population in Canada has increased drastically since 2004. Why? Because Canadian workers don’t have any interest in working as a waiter in restaurants or construction workers or in oil industry or in muddy farms.

Allegations by the Workers

TFWP suggested taking labor assessment test of any employer before he offers a job in Canada, will help such employees get permanent resident status fast. Tanya Ferguson, who was a member at Justicia for Migrant Workers, has clearly stated that Since Agriculture workers are not granted any citizenship and they are at mercy of their employers, they are being treated as slaves by their employers.

Kevin Campbell, who was a farm worker, of age 33, alleged that his employer sent him back to his home country just after he met an accident; and didn’t even wait till his recovery.

In 2004, Canadian Medical Association Journal Open discovered in its study that there were nearly 787 migrant foreign farm workers who were sent to their countries due to the injuries; especially the workers who needed major surgical needs.

It’s really an intolerable situation – Canadian farm owners are just utilizing the hard work of immigrant labors and throwing them away if they are not able to continue their work due to severe injuries or health problems. Even more, the labors are working like slaves and they have to follow the instructions of their employers as they are bound with the contract. It leaves no options before them.

TFWP scheme clearly states that, ‘SAWP workers have the facility of immediate medical help under Ontario’s provincial health and the program introduced for the betterment of the immigration workers’.

But Allahdua specified that, ‘whatever may be the conditions they provide, you don’t have any other option than to follow it or return back to you home’.