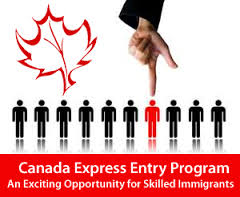 Draw held on 7th September 2016 witnessed all time high numbers of Invitations to Apply (ITAs) to be issued to prospective immigrants to Canada.

However what is more intriguing is that comprehensive raking score has fallen to 491 from 538 in earlier draw.

What is this trend point out?

This reduction in Comprehensive ranking scores (CRS) has shown a ray of optimism to many immigrants who could not score the Cit off CRS in earlier draw.

What has led to this fall in CRS- One simple explanation that comes to mind is the desire on the part of Immigration, Refugees and Citizenship Canada (IRCC) to issue more invitations to achieve the annual target intake levels and hence the lowering of CRS to issue more number of ITAs.

This lower CRS happens only when the candidate does not have a job offer in hand or provincial nomination at time of make application for Express Entry Visa to Canada. Does this mean, now applicants will not have to run after immigration agents to help them arrange employment letters?

As the candidates were finding it extremely difficult to have confirmed letter of employment in hand even before landing in Canada or even having the permanent residency approval. With more and more provincial nominations programs opening up, these applicants saw some relief and applied for such opportunities to ultimately receiving an ITA for permanent residence.

This has made many applicants and immigration consultants hopeful that in future draws the number of ITAs issued may even go up further. The optimism has grown further with the statement of John McCallum, the Minister of Immigration, that he wants to increase the overall number of new immigrants to Canada over the coming years.

However, it does not seem likely that the number of immigrants to be allowed would go up unless radical changes in the express entry system are introduced, though which way these changes would happen, are not yet known.

Most immigration consultants to Canada are hopeful and encouraging immigration aspirants to enter the pool and apply for ITA through a PNP, or through employers hiring the applicants and issuing Job Offer letter