United Kingdom, 5th November: The UK is in dire need of nurses from overseas. 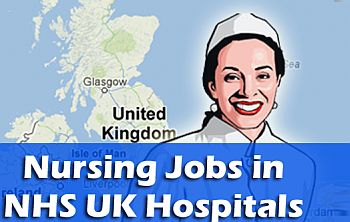 50k nurses needed by the UK—The employment of nurses from overseas seems to have become the top priority for the UK government. This is due to the fact that the UK needs nurses at the earliest to fill the vacant job positions for NHS in the nation.

<blockquote> The UK needs nurses at the earliest and is going to make the recruitment of foreign nurses as a priority from December 2015. </blockquote>

As per the details, the UK needs around 50k more nurses for meeting the current shortage of nurses in the nation. Nearly 47,700 additional nurses are needed to fulfill the OECD(Organization For Economic Co-operation and Development) average.

The OECD was set up for stimulation of economic growth and world trade in the year 1961. There are currently 34 member nations of the OECD including the US, Germany, France, Italy and Canada.

So, the UK needs to recruit nearly 47,700 additional NHS nurses for fulfilling the OECD average of nurses.

The UK NHS also needs 26,500 doctors for bringing it up to the standard of its Western neighbors.

UK Healthcare lags behind the developed world nations—It is worth notable that the healthcare in the UK currently is lagging behind the developed world nations. This was revealed by a recent international report. Quality of health care in the UK has been found to be ‘poor to mediocre’ across several major health areas. This is notable keeping in view the dire obesity levels.

So, the UK needs at least 50,000 additional nurses along with 26,500 additional doctors for matching the standards of the developed nations.

The nation still lags behinds several other OECD nations in terms of survival after hospital admission for stroke and heart attack, the study findings indicate.

All this makes it quite clear that the UK does have one of the worst health care systems in the list of developed world nations. The report states that the UK has quite outstandingly poor record of prevention of ill health.