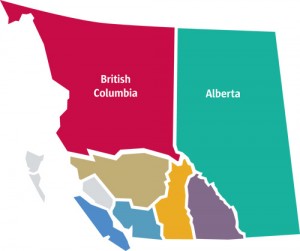 If you have budding dreams of immigrating to Canada’s Alberta or British Columbia, you are going to experience a slight set-back. With immediate effect, due to the backlog of immigration applications, the Alberta and British Columbia governments have closed the door on the Provincial Nominee Program (PNP).The probable rationale is that there is a surge of candidates for immigration to Canada as a result of new federal rules which practices a rigid hold on the immigration rules especially on the temporary foreign national domestic worker program.

Under the PNP, provincial governments nominated individuals who want to settle in a particular province while immigrating to Canada. The Provincial Nominee Program was originally intended to speed up the immigration process and act as a trump card. Therefore, new immigrants and newcomers could be welcomed more efficiently and effectively to the respective regions by provincial or territorial governments. Selected nominees would be those that could settle and adapt to work and life in the region and contribute efficiently to the nascent community.

Each province accepts candidates on the basis of the type of skilled workers that their region requires to fill in their skill-gaps. The AINP has three schemes for immigration:
1. Strategic Recruitment
2. Employer Driven
3. Self-Employed Farmer
The BCPNP accepts workers under the following immigration schemes:
1. Express Entry
2. Skills Immigration
3. Business Immigration

The respective governments of Alberta and British Columbia have been experiencing a skill shortage due to backlog of immigration applications. The temporary suspension of the program aims towards adjusting to the changes imposed by the new federal system whereby they may review the type of skills lacking in their relevant provinces.

Applications that are pending and those that have been submitted before the cut-off date will be considered, processed and assessed. Foreign national immigrants who have pending applications should consider other options including checking for reduced waiting times and applying for other immigration programs.