Germany, 7th September: Packed trains reached Germany and Austria as migrants were allowed to leave Hungary without any visa checks.

Meanwhile, Germany is gearing up for mass arrival of migrants from Hungary. By 5th September, already 4,000 migrants had arrived at the border, stated the Austrian police officials. 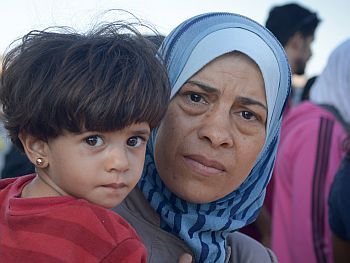 Migrants in packed trains reach Germany, Austria—Following the decision of Hungary police to waive off visa checks, migrants thronged Austria and Germany in packed trains. These migrants were camping around Budapest rail stations.

As per the details, hundreds of migrants, many of whom were escaping Syrian war, reached to Munich as the officials in Hungary and Austria allowed trains to leave without any visa checks.

She further claimed that in case the UK government failed to separate the issues of asylum and immigration, then, Britons would certainly respond to the refugee needs. She clarified that immigration and asylum are completely different from each other, hence, we must keep the two apart.

Comments by Cooper come following arrival of migrants from Hungary and Austria arrived in Germany in packed trains following waiving of visa checks.

It may be notable that nearly 187 Syrians have already relocated in the UK till date. In addition, nearly 4,000 additional have already came to the UK on their own and later on claimed asylum.

Ongoing migrant crisis—some more details—The UN(United Nations) maintains that around 300,000 people have move out of Africa and the Middle East for Europe in the year 2015.

Around 2,600 died during the journey. And majority of such people are not safe as they travel in rickety boats across the Mediterranean Sea.