Career in Canada is certainly one of the best choices. If you want to settle down with a good job, then Canada jobs provide you with a number of opportunities that you could make use of, but in the right way. If you have the right papers and the reason, then you may as well be eligible to obtain Canada citizenship. 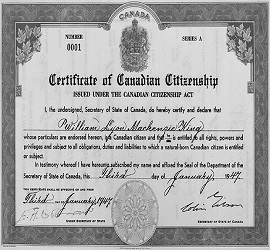 Becoming a citizen of Canada

You can obtain Canada citizenship, provided:

Many laws have been established by the Canadian government, in order to protect the rights of Canada citizens. This is due to the increasing risks of terrorism and fraud practices. Many cases of fake marriages have been reported, of terrorists too, who obtain Canada citizenship to destroy the developments of the country.

The new immigration law that has been released recently says that, the second class citizens are on the verge of losing their citizenship any time. According to the new law, only those Canadian citizens who are free from losing their citizenship are the ones who are born in Canada and who possess no nationality of other countries or are eligible to apply for another.

This states that those who had obtained citizenship earlier through employment Canada, are prone to losing it anytime, irrespective of their long-term stay in Canada. Also, what was found to be shocking was that, even those who are born in Canada are subject to be branded as second class citizens, if they hold a nationality of another country.

There are many arguments concerning this issue, one stating that the law reflects negative shades of the government that wants to call off citizenship of dual nationality citizens due to their lack of contribution to the country. On the other hand, the Canada government defends, stating that this would be one of the best ways to prevent terrorism and frauds, and this also intends to protect the rights of Canadian citizens.